Rehearsing The Greatest Event in Shanghai

Photo courtesy of the company
This is an update to:
The Greatest Event in a Doll’s Life

In this place of harmony-in-contradictions, people from all paths of life bump into each other, like atoms in a molecule. Four women meet. They’re leaving their 20s and entering their 30s. They are floating, like everybody else. They don’t have a husband, or children, unlike everyone would expect. What is it that they expect, they ask themselves. Is marriage actually the ‘greatest event in life’? If they fail at it, are they failing at the game of life? What if the game was rigged? So many questions. What the hell is this place anyway?! They look around. The tiny telephone. The mini-armchairs. The toy horse. Like a doll’s house. They start reading old scripts. They are onto something, maybe.

September 2019
Everything is pink in here. A bit too pink. Girls love pink things though. Stuffed toys. Babies. Only strange girls dislike pink. Bitter girls. Man-hating feminists. Feminists never wear pink. They wear black, listen to post punk, read Marx and never ever shave their armpits. Or, do they? The four look at each other. They are tired. They are juggling several jobs, commuting long distances, eating Family Mart ready-made meals in the subway. Just to be here in the pink room, to discuss what some middle-aged man wrote about women 1 hundred years ago. They are tired, and frustrated, but also somehow hopeful. They start imagining surreal things. Like wall street feminists. Inflatable castles. Fluorescent food. They are definitely getting somewhere with this. But where.

October 2019
The silence. Probably it is the silence that strikes you the most. At the beginning you don’t notice it. You just have this eerie feeling that something is out of place, something is not quite right. You try to put it in focus but can’t put your finger on it. And then it strikes you. It is not what’s there that’s strange, but what is missing: the noise. Cars. People chattering. Loudspeakers. Announcing the next station, the final destination. Announcing that if you buy two, one is free. The only announcement here is the wind through the tree leaves. Birds. No people, no one but them. They have found some peace here. They have cooked some vegetables, and had dinner by the wooden table. They sat around the fire. Saw the sun set and rise. Time moves at a different speed in here, the speed it used to, maybe the speed it should. They had walked through the trees, all the way down to the fjord. It was a slippery slope, but nobody had felt. They had faced the fjord and said what had to be said. No more, no less. Something about mud stains on a pink wedding dress. Something about disappointment. Something about eating by yourself. They went back on the hill, and said what needed to be said once more. Everything made a little more sense now. This was going to be okay. 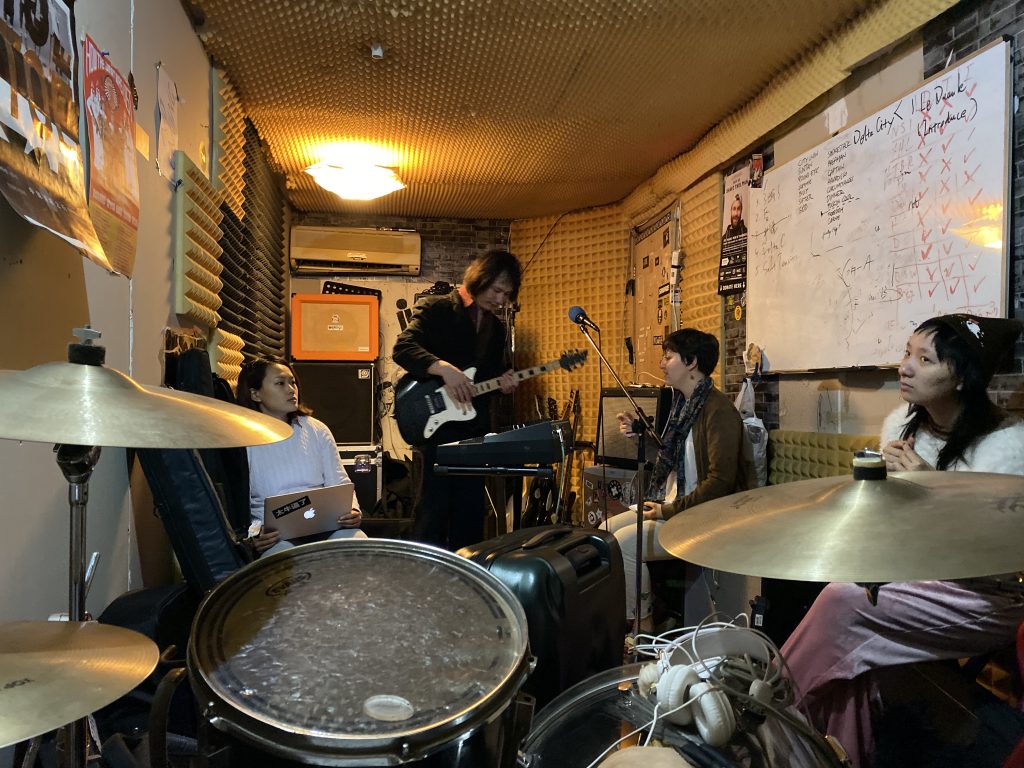 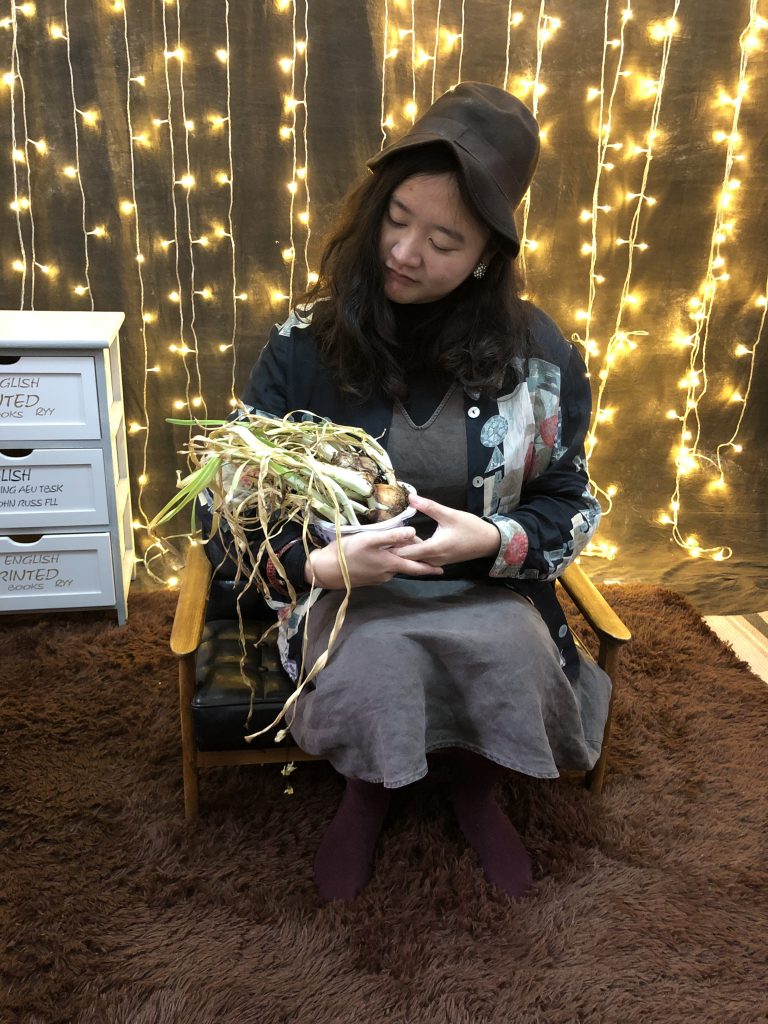 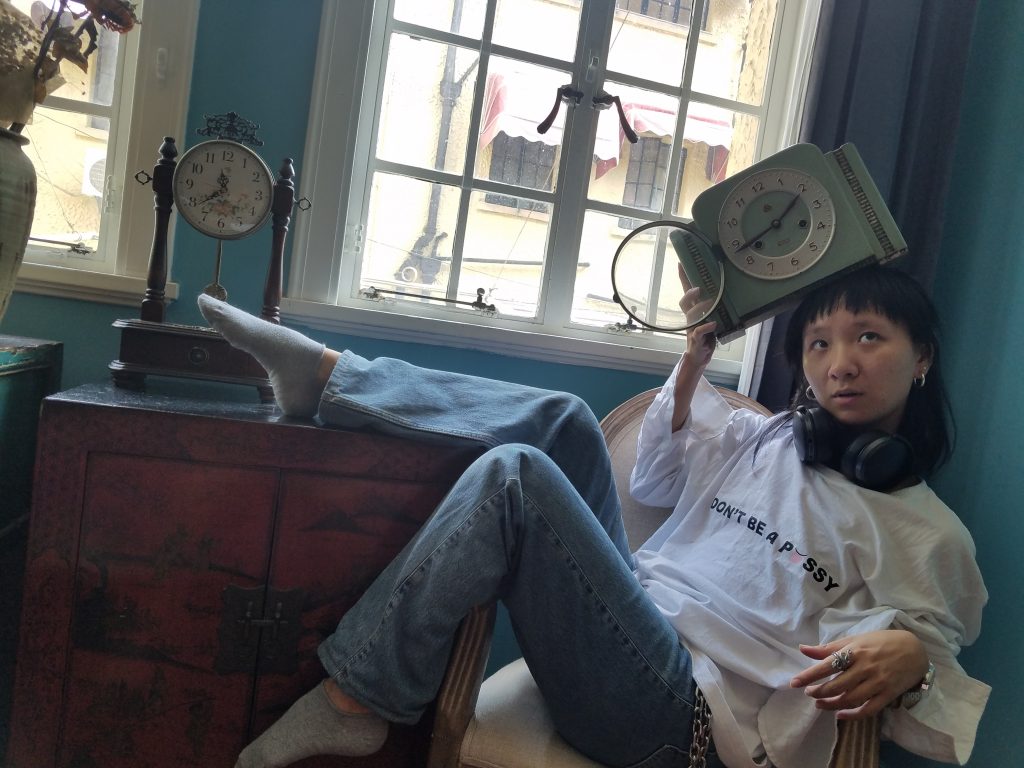 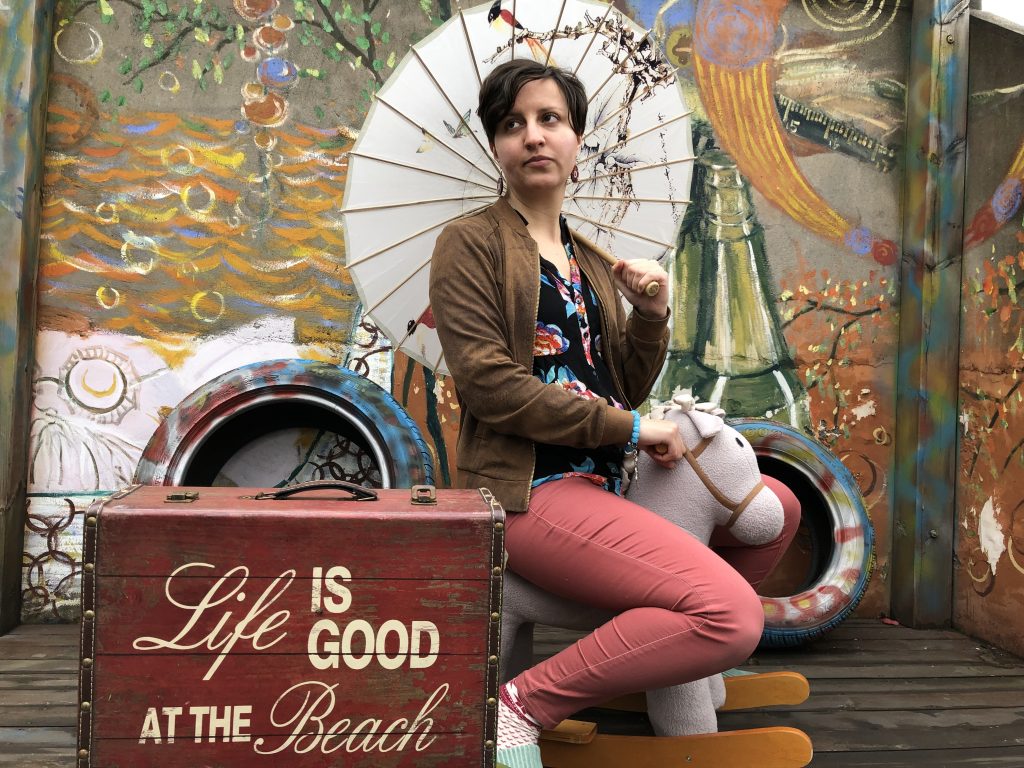 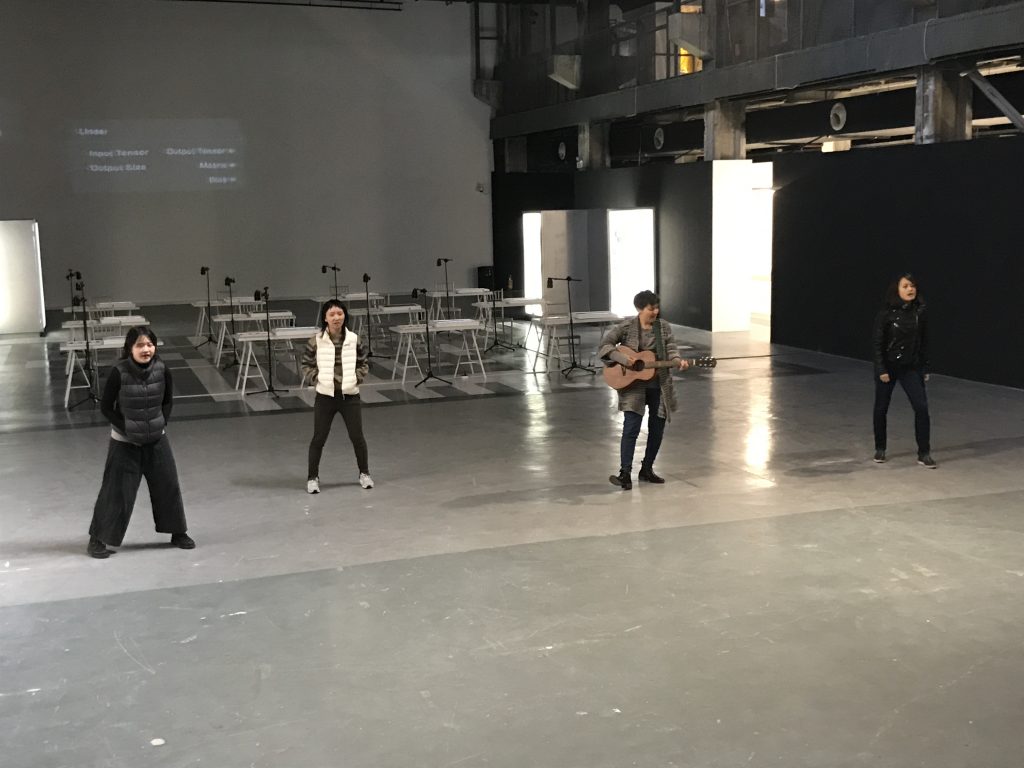 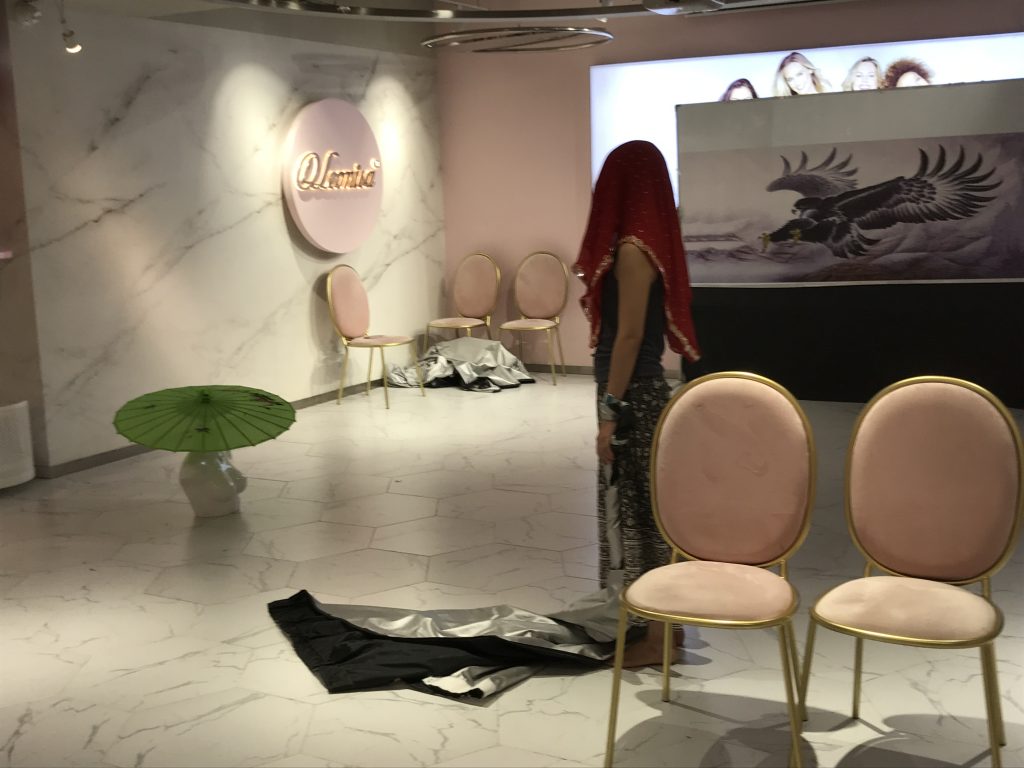 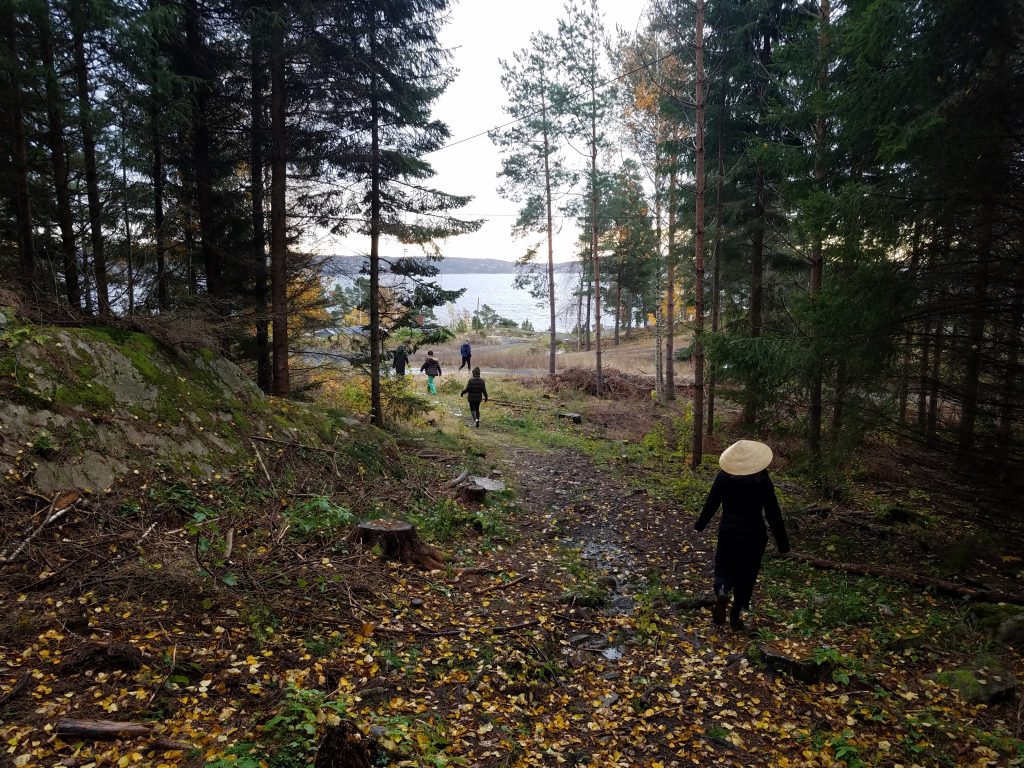