“ Ibsen Scope Grants are awarded innovative projects in the field of drama and performing arts that act as incentives for critical discourse in regards to existential and society-related subject matters concerning Henrik Ibsen. ”

Ibsen Scope Grants were initiated in 2007 by the Norwegian government and handed out for the first time in 2008.
The statutes below were determined by the Norwegian Ministry of Cultural Affairs on January 16th 2016.

Statutes of the Ibsen Scope Grants.

1. The Ibsen Scope Grants were established by the Norwegian parliament in relation to central government budget for the fiscal year of 2007. The Ministry of Cultural Affairs administers the funds.

2. Grants are awarded to individuals, organizations or institutions.
Grants are awarded innovative projects in the field of drama and performing arts that act as incentives for critical discourse in regards to existential and society-related matters concerning Henrik Ibsen.

3. In cooperation with Teater Ibsen, the Norwegian Ministry of Cultural Affairs appoints a jury responsible for awarding the scholarships. Jury members are appointed for four years. The jury members can be reappointed.

4. The presentation of the grants is an integral part of Ibsen Scope Festival.

5. Grants are awarded based on a written application, which should arrive no later than the predetermined deadline, and which must abide by the rules set for the application procedure.

6. Teater Ibsen administers the scholarships and facilitated the jury’s work.

7. The manner, in which public funds are used, is annually reported to the Norwegian Ministry of Cultural Affairs.

The projects must act as incentives for critical discourses on society related matters and be based on one or more of Henrik Ibsen’s plays.

Who can apply?
Individual artists, theatre companies, organizations and institutions.

The applications will be evaluated by an appointed jury.

The Ibsen Scope Grants will be handed out for the 12th time in 2022.

We have until now awarded 43 scholarships in 30 different countries. See previous winners

The application deadline for the Ibsen Scope Grants 22 is December 9th 2021.

The winners will be presented at Teater Ibsen in Skien, Norway during Ibsen Scope Festival May 11 and 12 2022.

Next Ibsen Scope Grants announcement will be in 2024.

The Jury of The Ibsen Scope Grants: 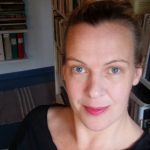 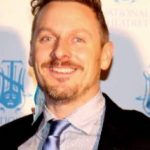 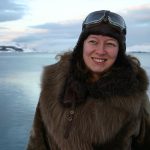