This is a theatrical work that questions the authoritarian model that governs religion, society and theater. The work summons Ibsen’s “Emperor and Galilean” from history, the text which called upon the Roman Emperor Julian, who in turn summoned the gods and philosophers of ancient Greece, declaring the freedom of belief and the plurality of deities. It is a journey of old power conflicts in the skies and on earth. It is a tale of a society whose members are on the steps of the ruling ladder linking heaven to earth. It’s the story of a theater company exiled and isolated as its members are trained on obedience, for they might subordinate.

Zoukak Theatre Company
Zoukak was created in 2006 as a non-hierarchical structure dedicated to theatre practice as social and political involvement. The group believes in theatre as a space for common reflection and in collectivity as a position against marginalizing systems. It positions itself outside its context’s dominating discourses by carrying out direct action within the communities it addresses.
Since its inception and with each new project, Zoukak strives to find new ways of creating collectively. This practice springs from the group’s understanding of theatre as a collective work that is achieved by diverse individuals. Their chosen methodology emphasizes on processes rather than outcomes, placing collaboration at the front and center of any creative operation.
Through each performance, Zoukak tackles topics that question the status-quo of the context it operates in and beyond. The company’s research and creation processes revolve around work cycles. It thus produces a wide range of projects that tackle specific themes such as gender and sexuality, history, power and religion, death and immortality, childhood and violence, among others.
Zoukak has worked and performed regionally and internationally in festivals and venues in the Middle East, Europe, the United States, Latin America, South East Asia and parts of Africa. In parallel, the company continues to present its work locally, in an effort to decentralize culture and reach audiences across Lebanon. Additionally, with Zoukak Open Doors, the company regularly invites high school and university students to its shows which are followed by group discussions.
Moreover, Zoukak strives to diversify its theatre tools and apply them in various contexts: through social engagement, therapy, and education, always finding new ways to combine social interventions and artistic investigation. Over the last 15 years, Zoukak has tested and developed theatrical interventions in emergency situations and beyond, working with minor prisoners, children with multiple disabilities, women subjected to domestic violence, migrant domestic workers, and other marginalized segments of the Lebanese population all the while continuing its work with people who have been affected by war both directly and indirectly. Zoukak has developed a specific approach to drama therapy and socially engaged theatre, providing workshops and training programs to diverse groups, and devising performances in different Lebanese regions and various contexts, both locally and abroad, such as the Calais’ migrants and refugee camp in France and refugee camps in Serbia.
Zoukak strives to develop an environment of dialogue and reflection around the performing arts in Lebanon and to provide artistic development and international touring opportunities for local artists. It organizes collaborations, residencies and events with artists in the company’s studio, as well as producing the “Zoukak Sidewalks Festival” since 2013 and “Focus Liban” (since 2015), a platform that supports the production and diffusion of work by emerging and established artists residing in Lebanon.
Since 2016, Zoukak has been focusing on transmitting knowledge and expertise by delivering several cycles of an in-depth Training for Theatre Practitioners in Psychosocial Mediation Techniques. The company also launched two mentoring programs: one that leads groups of young people to create collective performances and the other which assigns mentors to follow the work of one emerging artist or company at a time. The latter initiative usually leads to the open studio presentation of a new work or aiding in the development of the mentored company on a structural level. Zoukak also recently developed a training program combining non-violent communication and theatre.
As part of Zoukak’s efforts to archive its plays and methodologize its artistic tools and processes, Zoukak is regularly publishing its work. So far, the company has published and audio-recorded several of its plays, published two handbooks on drama therapy and theatre for development, and more recently, produced an online masterclass within Kawalis: Behind the Curtains program.
Zoukak opened its first studio in 2008. It was a space for practical experimentation and critical reflection; serving in part as a free access space for rehearsals and creation for local practitioners. In 2016, the company moved to a bigger location that includes a theatre and a rehearsal space. Today, Zoukak Studio regularly hosts the performances and activities of several artists and cultural institutions, and remains “the kitchen” where the company cooks all of its projects.
Zoukak received the Ibsen Scholarship Award (2012), the Anna Lindh Foundation’s Euromed Dialogue Award for social resilience and creativity (2014), the honorary citizenship of the city of Palermo (2017), the Praemium Imperiale Grant for Young Artists – Japan Arts Association (2017), the Chirac Foundation Award of Culture for Peace (2017) and the Ellen Stewart International Award (2018). 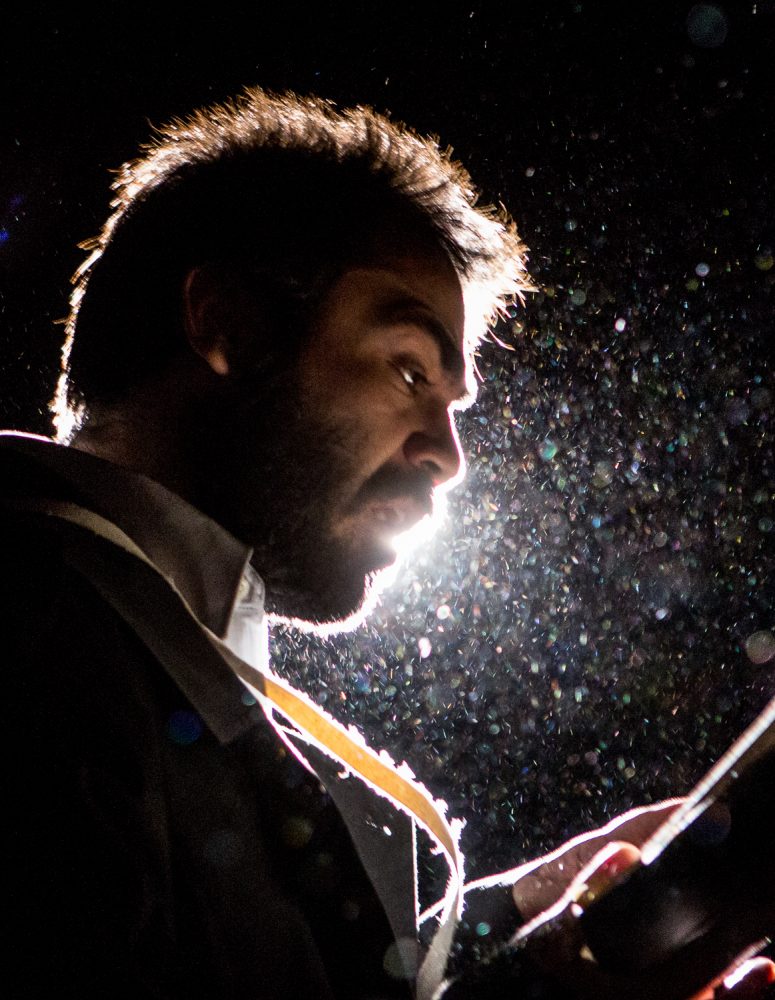 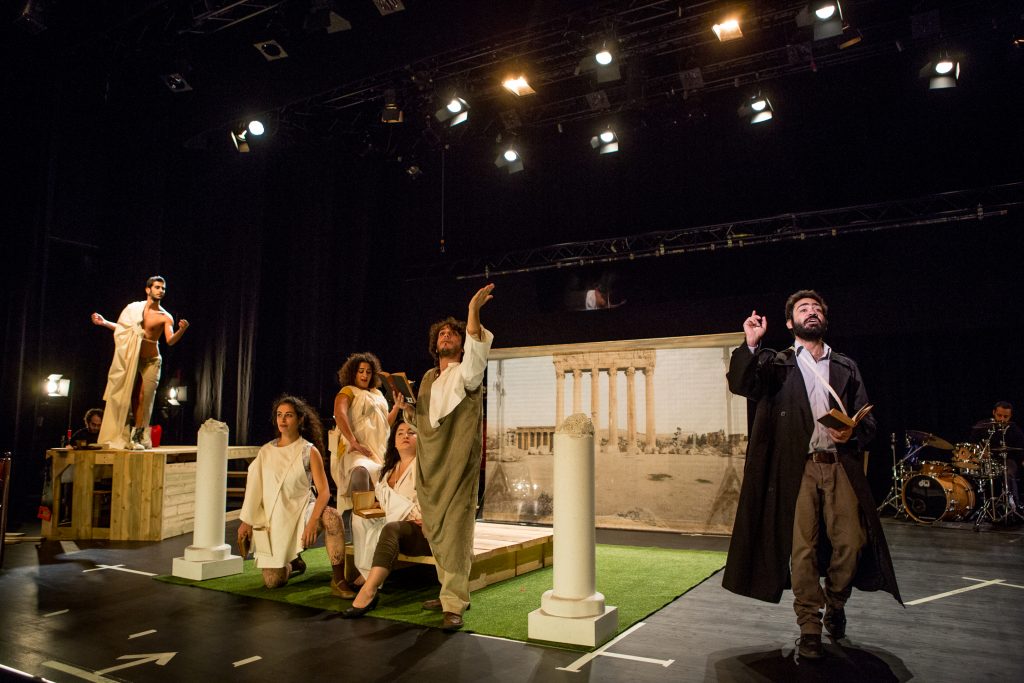 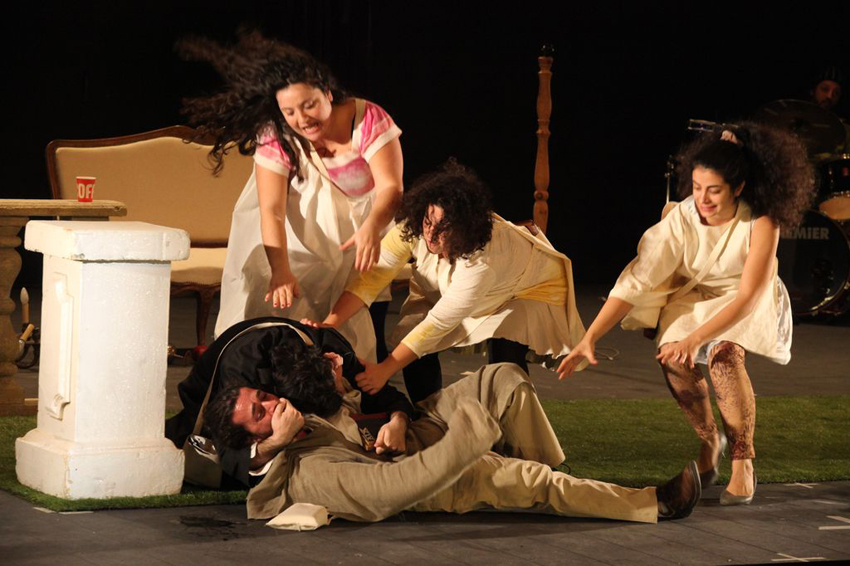 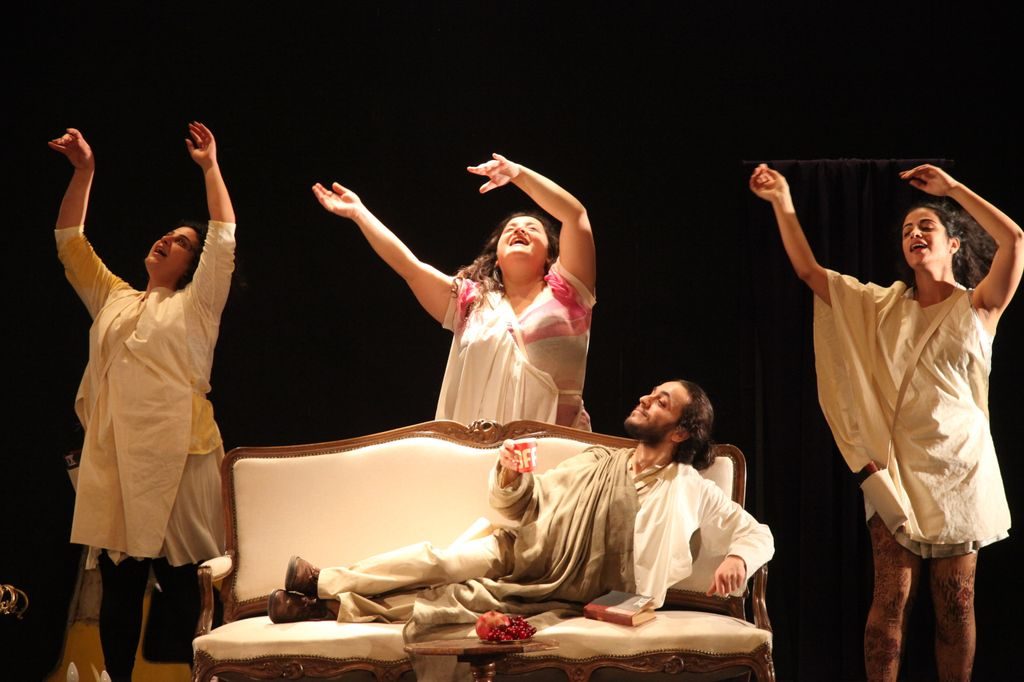 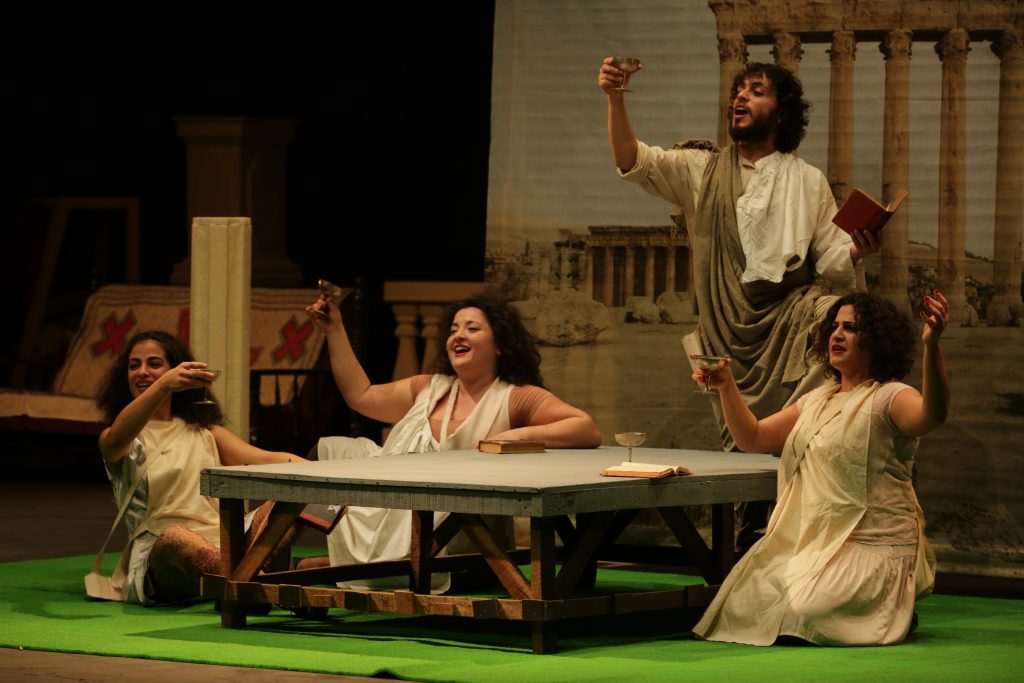