In 2017 Marie Nikazm Bakken and Fredrik Floen was awarded an Ibsen Scholarship for their project Vikings of Helgeland. 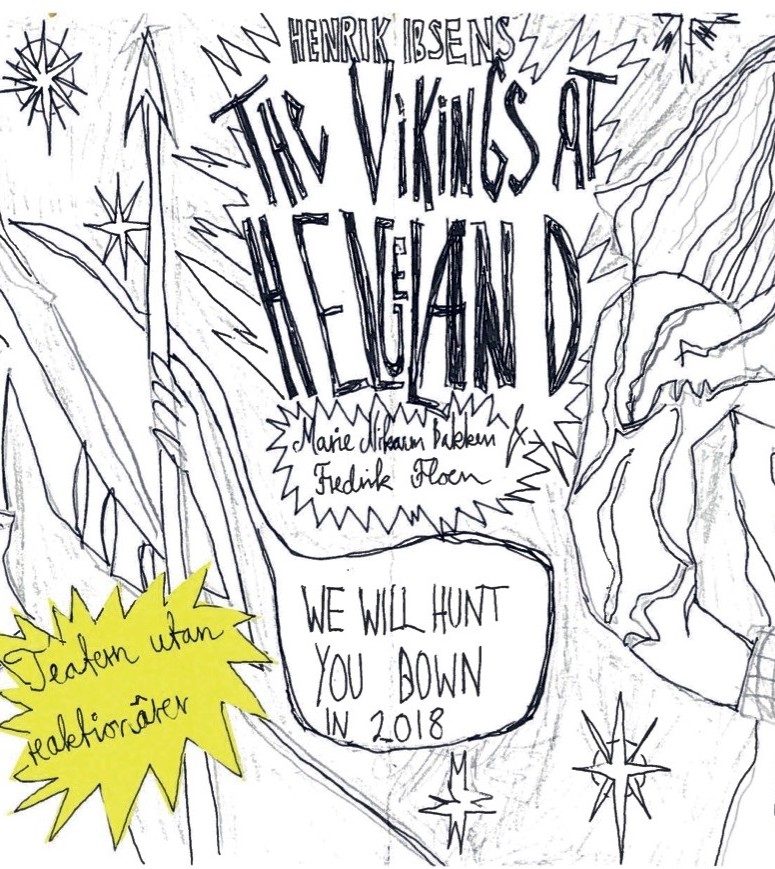 The representation of Henrik Ibsen`s dramas is in Scandinavian theatre closely connected to a psychological-realistic tradition of acting and mis-en-scénes. Yet in the last decades, this way of interpreting the plays has been challenged by other forms of representation. The two young artists, Marie Nikazm Bakken and Fredrik Floen, have over the last few years turned to Ibsen´s plays again and again, in their personal quest for finding a theatre aesthetics of their own. Their grand-scale productions of Ibsen re-samplings have challenged the audience`s perceptions of the art form in general and the works of Ibsen in particular. In this project, director Nikazm Bakken and set- and costume designer Floen take up an early and seldom produced drama by Ibsen, “The Vikings of Helgeland”. This play has, by some readers, been disregarded as an unfinished sketch, a period piece steeped in historical details. Moreover, Marie Nikazm Bakken and Fredrik Floen rather find a possibility for a different approach to dramaturgy and production design in it. Their production of “The Vikings of Helgeland” will celebrate and play with the dramatic illusion of the romantic era: the gothic pathos, the heroic sufferings of its men and women, all immersed with bulging stage directions. Using the elements of violence, revenge and destiny and the motive of a building of a nation, they will explore an epos of our time. Through references of today, they will eventually reach a discussion on social and inter-human relations of the world in the way this young generation of theatre artists sees it.

THE VIKINGS OF HELGELAND – exploring the early Ibsen in an epos-fictional perspective, aesthetics as a narrative structure.

The Vikings of Helgeland is a Viking play from 1858 set in the dramatic landscape of the Northern coast of Norway but will be performed in an urban black-box at Turteatern, Stockholm, Sweden, and will premiere in December 2018, making a monster-massacre of the Ibsen text. The piece is a part of Marie Nikazm Bakken and Fredrik Floen’s ongoing exploration of Ibsen’s earlier work, focusing on the mythic and fictional narratives presented by the playwright in his period of writing before the socio-critical plays, presenting it as an aesthetic proposal of discussing social and inter-human relations. The early works of Ibsen are often treated like unfinished sketches, a product of its time, and most of all not realistic for repertoires of theatres and artists today. Marie Nikazm Bakken and Fredrik Floen look at Ibsen’s proposal as an entrance to an aesthetic approach to dramaturgy, and want to celebrate the gothic women, the romance(era), fictional setting, heroic and suffering men and women, bulging stage directions, pathos and longing that is the starting point for this text. Using the elements of violence, revenge, gathering of the nation and destiny, they will explore an epos of our time through their gaze; a stream of references and shameless use of originality, copying and origin. Marie Nikazm Bakken and Fredrik Floen want to make a main-stage-production with visuals images, pathos, blood, swords, fog and battle-scenes, with the Ibsen play that no one have heard of but soon they will. With this they will haunt you and Ibsen down in 2018.

“You Vikings are incorrigible. You emerge from the womb with only one thing on the mind: how to die.” Vikings, HBO Nordic.

Marie Nikazm Bakken and Fredrik Floen are a Norwegian performing arts duo consisting of stage director Marie Nikazm Bakken and costume-designer/scenographer Fredrik Floen (both born 1988). After raiding several educational institutions in Norway and abroad, they are back in the motherland with the aim to make really good theatre. The last couple of years they have staged the Ibsen play The Pretenders (own production, Otta Kulturhus), The Ghost to come (Grenland Friteater/Scene:Bluss) and The Pretenders – A staged reading (Nationaltheatret/Ibsenfestivalen 2016). In the fall of 2018 they will premiere both Lady Inger at Oesteraat in Otta Kulturhus, in addition to Vikings of Helgeland at Turteatern in Stockholm. 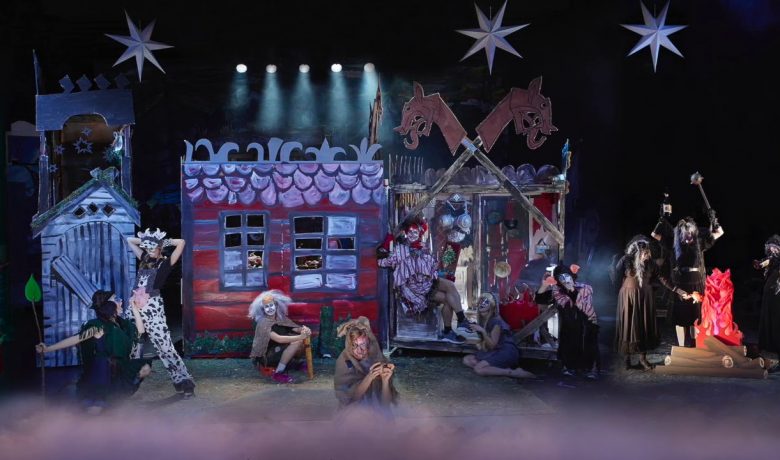 Vikings of Helgeland: the recap 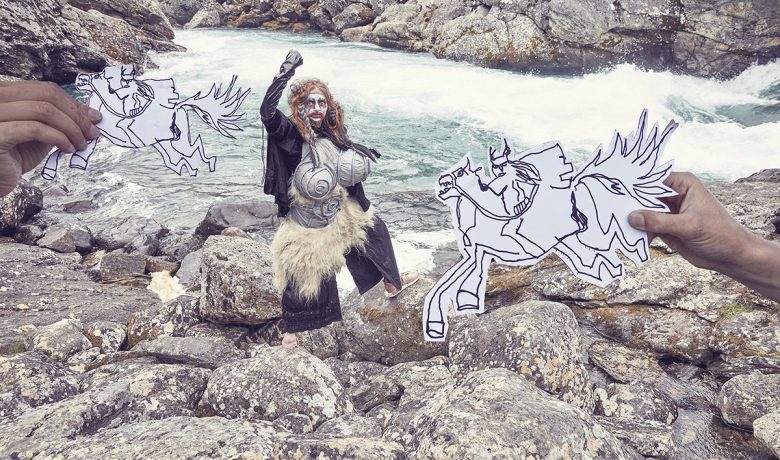 Episode 12: The night of the Valkyrie

The wolf has warned of death. Hjørdis prepares for the final battle. With a golden helmet and her bow in hand, she moves towards the beach. But no power is strong enough to master destiny and the Valkyries from Valhall approaches. 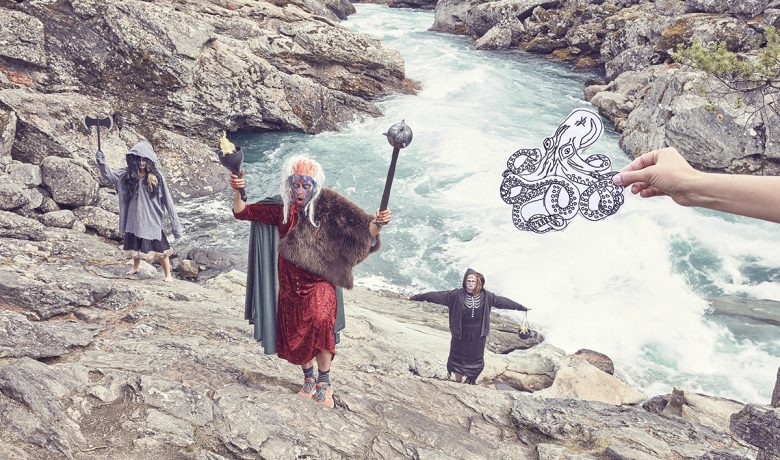 In the moonlight Ørnulf sits by his sons grave and mourns to the extent that he wants to kill himself. Dagny persuades him to honor them with a song. This gets him in a better mood and he decideds to go back to Iceland with Sigurd. 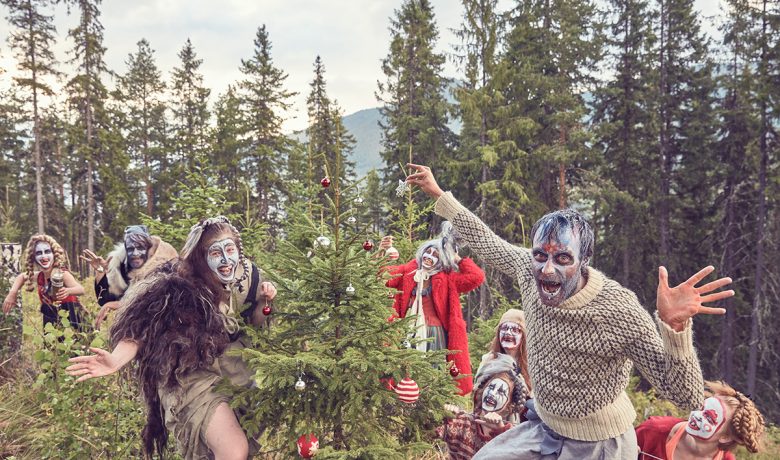 We look back on this season, show highlights and speculates on how this is going to end.
There will off course be Christmas carols, food, on ice and maybe even Santa! 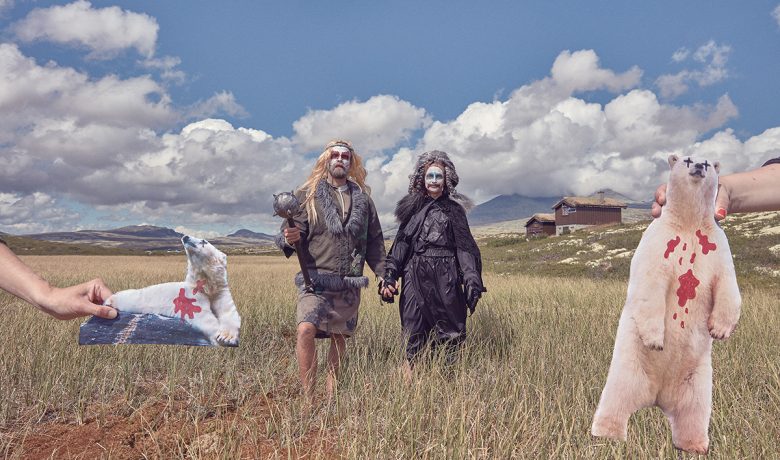 Sigurd visits Hjørdis to talk. Strong feelings bloom and leads to a game of life and death. 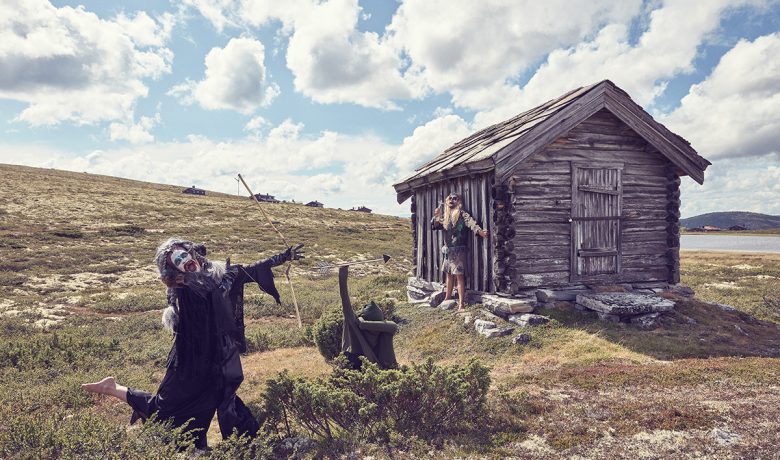 Gunnar wonders where Hjørdis was during the night.
In the light of the fire, she makes a bow string of her hair that will be used to revenge the one who betrayed her most. 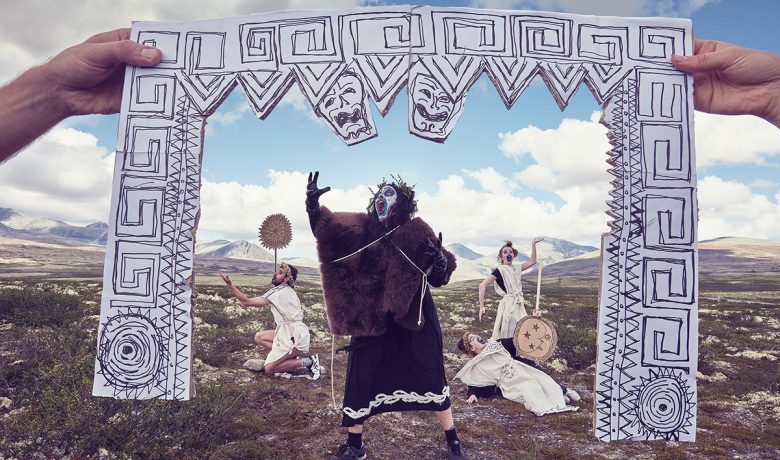 A Greek tragedy from sunrise to sunset. Hjørdis makes plans for how to restore her honor and crush those who hurt her. The tavern serves breakfast. 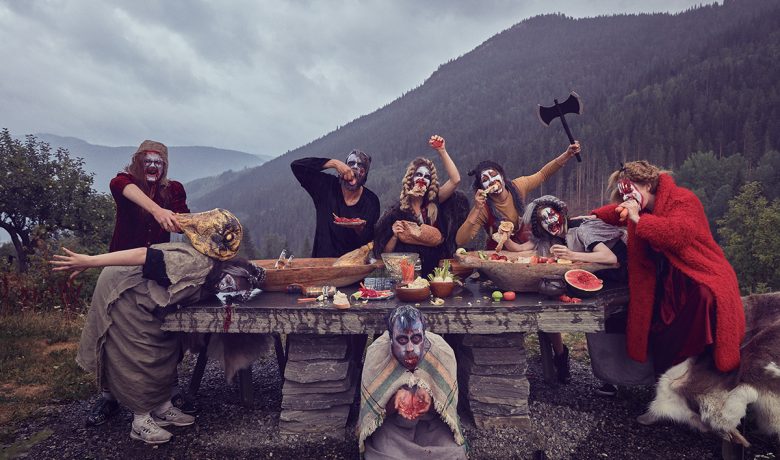 The guest of honor Ørnulf shows up after a bloody battle. He raises his glass for his 6 dead son's journey to the afterlife in Gimle. But where is the 7th son Thorulf? Hjørdis learns the truth of who killed the polar bear. 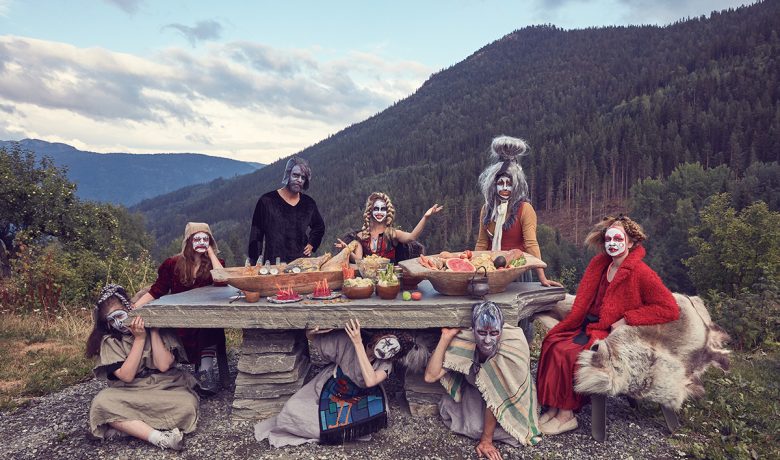 Everything is prepared for a great feast at Gunnar and Hjørdis' farm. There's loud conversations and mead is shared. Gunnar och Hjørdis' only son has disappeared and rumors leads to bloody consequences. 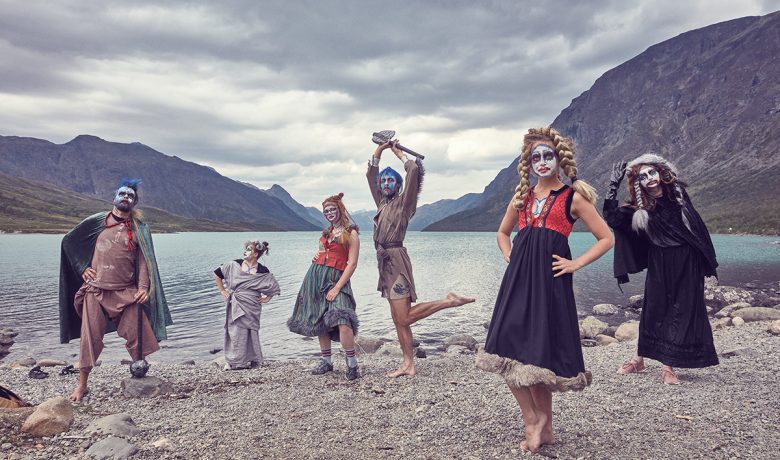 To calm all emotions Gunnar invites to a feast. A piece of jewelry forces Sigurd to reveal to his wife Dagny what actually happened that fatal night in Iceland five years ago when the polar bear was killed. 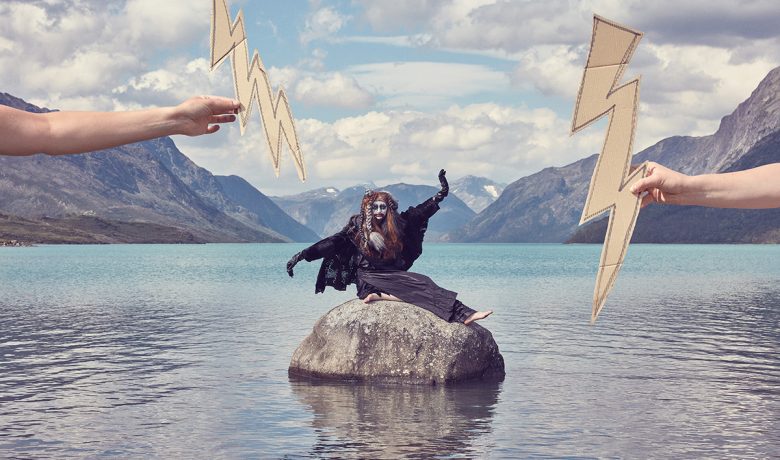 Hjørdis gets furious when her husband Gunnar tells that he has settled with Ørnulf who once killed her real father Jøkul. She demands revenge and encourages them to fight. 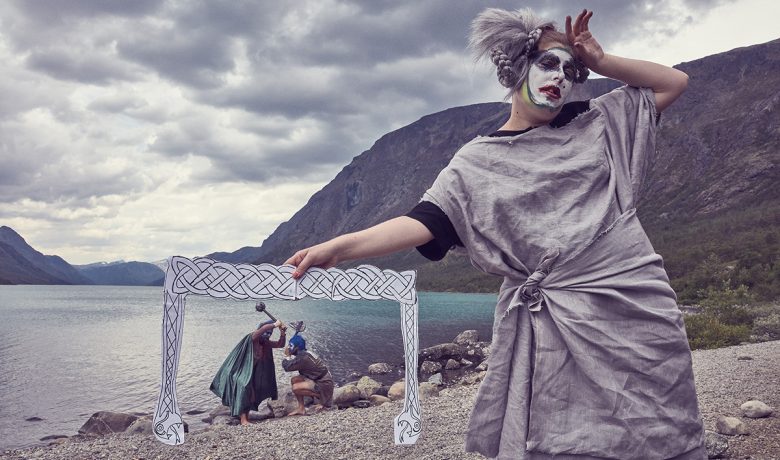 Episode 2: Boys on the Beach

Ørnulf seeks shelter from the storm in a fishing village on the coast of Helgeland. There he meets his old enemy, Sigurd The Strong who robbed him of his daughters. They draw swords and in the heat of battle more familiar faces appear. 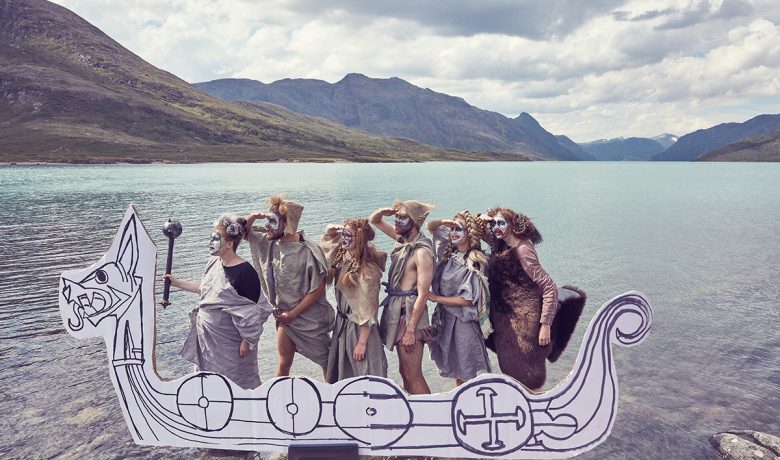 Episode I: Ørnulf from the Fjords

Ørnulf from the fjords and his seven sons are heading towards the cold North to avenge the prey of his daughters. On the journey across the sea, dangers await and it blows up to storm. 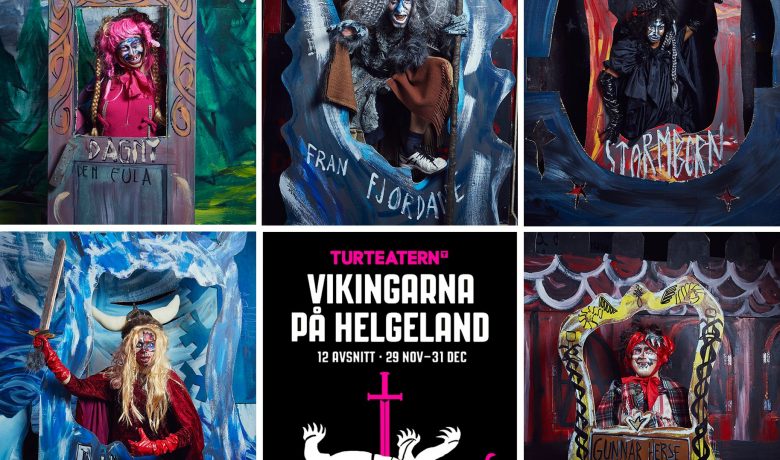 In a country where summers are short and winters last for a lifetime, vikings, peasants and troops live.
In the freezing cold North, three powerful men - and even more powerful women - plan their revenge. 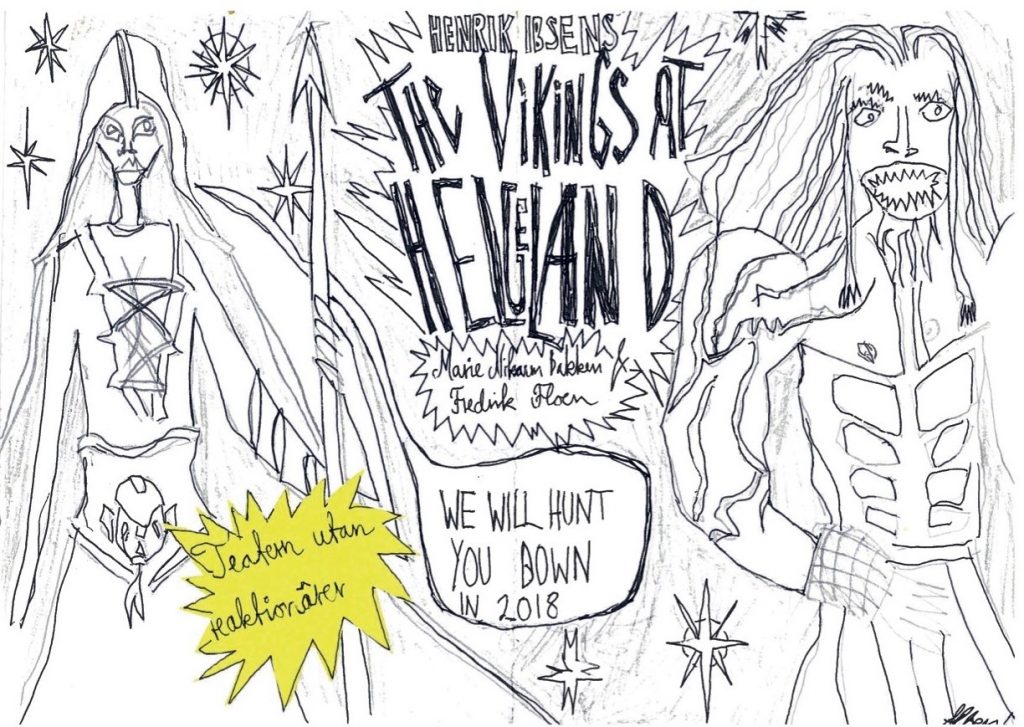 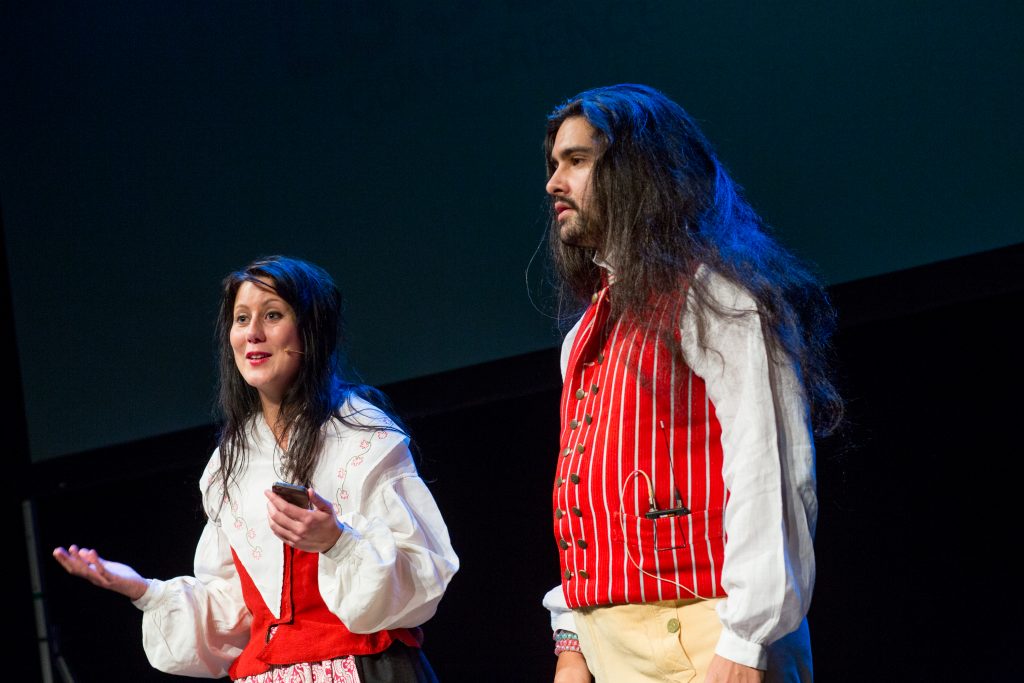