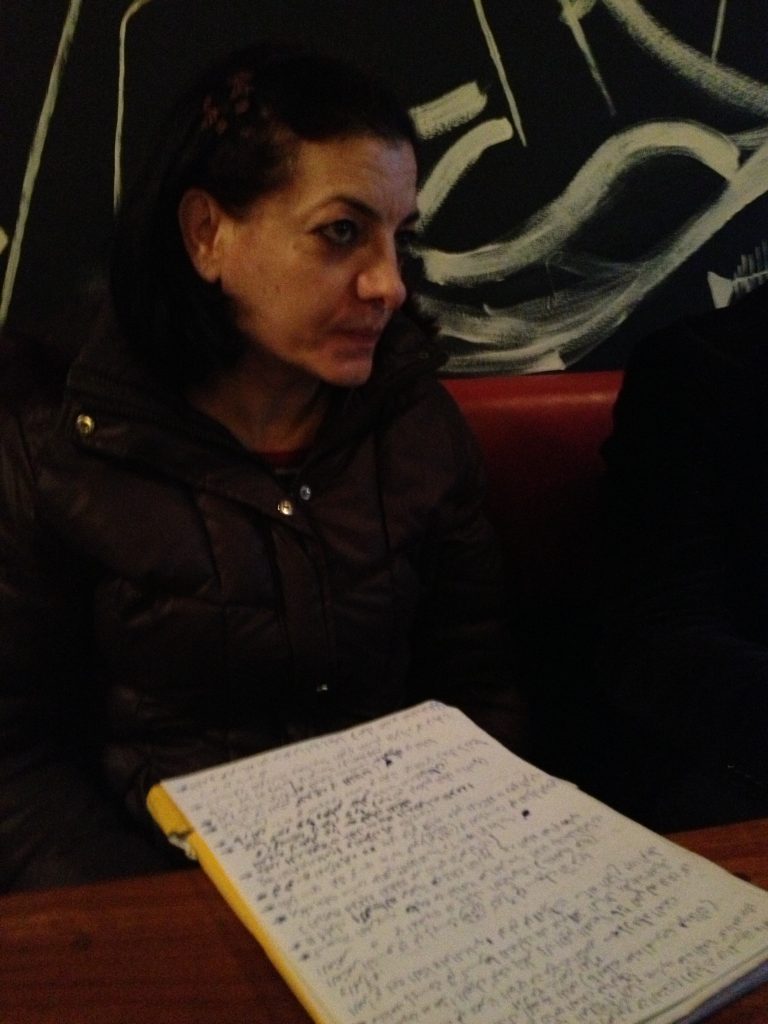 Aida
This is an update to:
ORIENT THE DAY. IBSEN TRAVELS TO LEBANON

This is an overview of the elaboration process of my play “DELETE”. Based on “A Doll’s House”, the play by Henrik Ibsen, and through a group of young people meeting on a daily basis in a café where they exchange opinions and views, I brought up several issues, among which: violence against women in the Arab world; increasing violence against men; the yet so thorny issue of equality; the impact of war on women; politics in our day-to-day talks and today’s youth’s outlook on the values of the past.

Hence, I started looking for symbols embracing all of these issues, and got absorbed in a variety of readings about the play, as well as studies about women’s issues. I also delved into aspects of our cultural inheritance denoting violence against women, and kept an eye on Facebook, especially when sensitive issues were discussed, all in addition to the connotations drawn from the play’s script.

The first stage: It consisted in defining a framework for the directorial vision by determining the motives, setting the place, identifying the characters and fixing the message I wanted to get through to the audience.

The second stage: I selected the important events summarizing the play and shared them through a Facebook link with the group of youngsters frequenting the café. The discussion and the show will be based on the events in these episodes.

The third stage: I set up the café scenes and included in the dialogues issues intended to be raised through conflicts between the characters (today’s youth’s opinion on the issue of equality between men and women; discussing sectarianism; including a political conflict reflecting the reality of our situation and debates representing the absurdity of the life we’re having; discussing the connotations of violence against women in our culture and their impact on education and on relations between men and women; discussing what they watched on the link and comparing Nora’s situation to the revolutions taking place in the region, and a split within the group over this matter).

The fourth stage: It consisted in activating the scenography by adding a dramatic dimension and overlaps between the café and the square on which “A Doll’s House” play is performed (for instance, the chairs in the café represent war through the Tic Tac To game (x o), and then barricades; and in the square, the chairs represent the barriers that were emerging between Nora and Helmer as events proceeded).

The fifth stage: I rewrote some scenes and elaborated some ideas with the progress of rehearsals and according to actors’ interaction with the script.

The sixth stage: I wrote the video scenes ideas in the light of rehearsals and of the play’s events, and determined their place in the show.

The seventh stage: It consisted in selecting the music and giving it an additional dimension according to what the script suggests.

The eighth stage: In this last stage, I supervised the design of the costumes and lighting along with rehearsals.

The play can be considered innovative in many aspects; mainly through rendering modern a text written in the 19th century by using several layers; the video (representing the view of the director), the suitcase (representing unfounded hopes), the music (the unsaid in the text of the play) and the setting, i.e. the internet café (representing modernity).

I hope that the important message delivered differently in each layer can contribute to more awareness in our society.