Who are Tiyatro Boyalı Kuş?

Theatre Painted Bird (Tiyatro Boyalı Kuş), a member of the Magdalena Project: International Network of Women in Contemporary Theatre and International Theatre of the Oppressed Organisation, is an Istanbul-based theatre company established in 2000.
Del 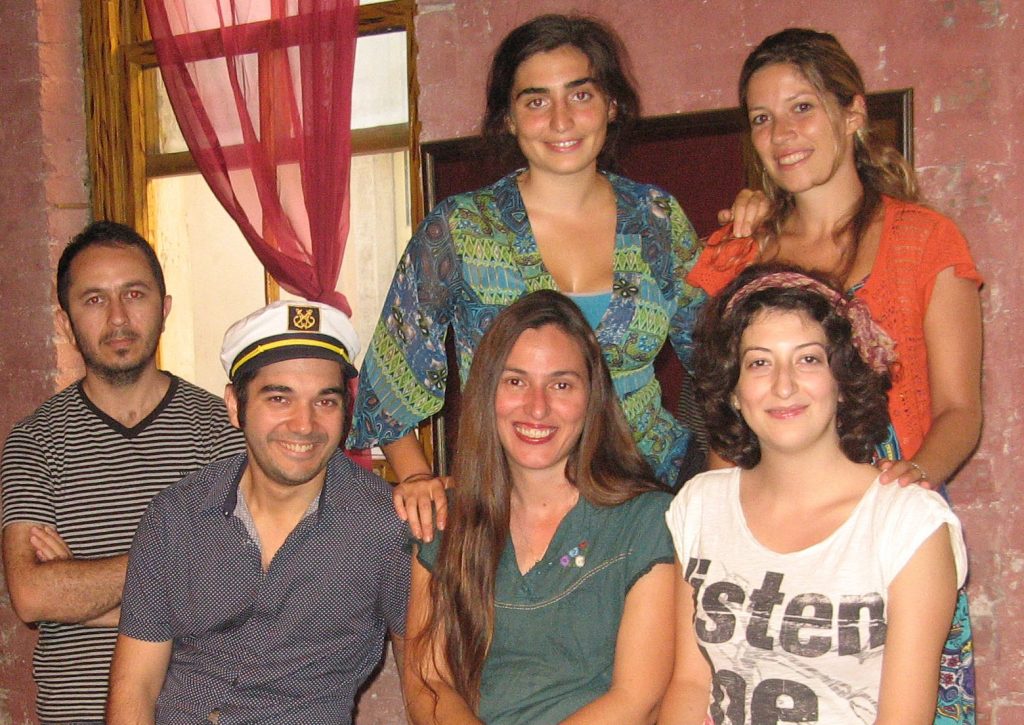 Tiyatro Boyalı Kuş crew.
This is an update to:
NORA NÛRE

Today, Theatre Painted Bird is the oldest active feminist-identified theatre company in Turkey. It is also one of a handful of forum theatre companies in the world that focus on women’s issues. We have been awarded an Ibsen Scholarship for our last project, an adaptation of Ibsen’s A Doll’s House. Developed by Ertug Altinay and staged by Jale Karabekir, this will be a feminist production of Ibsen’s masterpiece in Kurdish. Until a few years ago, it was banned in Turkey to publish or broadcast in Kurdish language. Since the repeal of the ban, there has been a significant increase in stage productions in Kurdish. However, as a consequence of the decades of oppression, the impact of these productions have been rather limited. Thanks to the generous support from the Ibsen Scholarship, we will be able to stage one of the first major stage productions in Kurdish in the country. We will be staging the play not only in Istanbul but also in the Southeast of the country, where the majority of the population speaks Kurdish. Currently, we are in the process of establishing contacts to stage the play in European cities with Kurdish populations.
Visit their blogspot here.