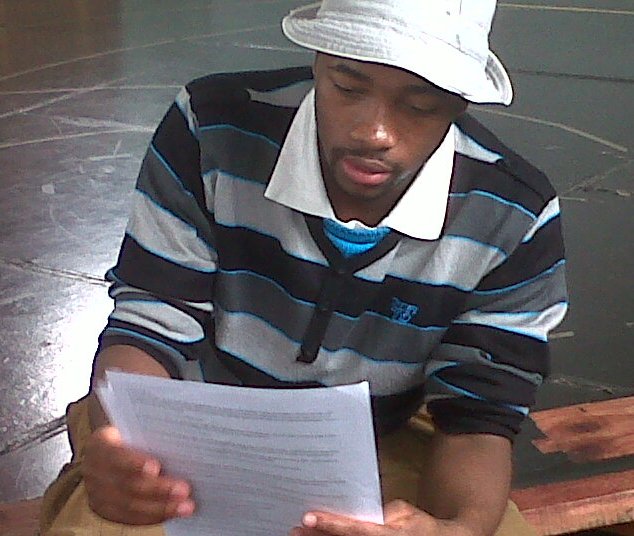 This is an update to:
NEGOTIATING IBSEN IN SOUTHERN AFRICA

THE POWER OF YOUTH

Nzou, the Elephant, is having some problem with his swallowing. When they swallow, elephants, like human beings, need not only to be able to open the throat, they also need to close it – and that at the moment is just what Nzou is having problems doing. The only solution is to take his head off and have the offending non-closing muscles attended too. When this is done and the head is put back, he should be fine. This will be done on Monday but meanwhile Nzou has been gamely spluttering and juddering along, with momentary surges of his old strength alternating with feeble impotence.

So in this way Nzou and I made our way down the street that connects Kensington where I live, with central Johannesburg. We arrived quite sedately at the Market Theatre and there were given a vast building across the road in which to hold our auditions. In a way the building was an actor’s delight – dark, rundown concrete, gloomy stairs, old stage sets and other theatrical bric-a-brac strewn in various dusty corners but nice, bare, very unpainted and very promising work spaces on every floor. We told Ali, whom the Market Theatre had given us as our Stage Manager, that this would be great and my companion on the CHISA Steering Committee, Pumzile, went over to fetch the young people who were coming to auditions.

The auditions wedre part of the preparations for a project for which my organisation, CHIPAWO World, had received an Ibsen Award. It is called “Negotiating Ibsen in southern Africa” and consists of creating a professional youth company in South Africa and another in Namibia. These two companies then go to a camp in Harare – where they team up with the New Horizon Theatre Company, a professional project in the CHIPAWO Youth Programme, and together they devise new plays based on ideas culled from Ibsen’s plays, which they ‘negotiate’ or ‘interrogate’ in the context of the realities of their own countries.

Originally the South African auditions were meant to consist of a meeting to which those who had been head-hunted would come and discuss the programme and perhaps where, if there were more than one candidate for the positions of dramaturge, rapporteur, director and three actors, there would be a limited form of selection process. However the word had got out and such was the interest that the list of those who confirmed was well over 20 – and the vast majority were women. So Pumzile had to get the word out to the men – which was fortunate because in the event only four of the women pitched up. A number of the men also phoned in to say that they had other commitments. Eventually 15 young people came. Nevertheless, a meeting that was scheduled for two hours had to be extended by an hour and turned into a full-scale audition.

Well, the process unfolded very much as it had in Windhoek a couple of weeks ago – with no-one being sent to wait outside but everyone being there throughout so that everything was up front and everybody was a part of everything – except the selection process, unfortunately. I for one am quite used to having casting and other decisions taken by the company itself but only in situations where we all belong to an already established theatre group. Auditions are attended by individuals, many of whom might not even know anyone else there – very different from an established theatre company. However the idea of doing auditions the way we had done them in Windhoek and were doing them now, is to make the young people who came, feel very much at home – almost as if they actually do belong to a group. The introductions done in a circle, followed by children’s naming games, including the Shona naming game “Dudu mduri”, contribute to this feeling. By the time they start working together on their acting pieces, everyone knows everyone else and in fact everyone ends up really enjoying what can sometimes be a very tense and daunting experience.

Almost all the young people at the auditions had attended either a university or some other course in theatre and most of them had many productions, both student and professional, to their credit. Again age had to be an important criterion as this is meant to be a development project and the other young people involved – from Namibia and Zimbabwe – are all in their early twenties. So one or two had to be ruled out later, when the selection process took place, because they had reached the advanced ages of either late twenties or very early thirties.

There was no shortage of relevant experience. A number of the directors had already done some work on developing new plays based on existing scripts. For instance, one was a production called “Sizwe Bansi is Alive”, in which the play by Fugard, Kani and Ntshona was updated. There was also “Krapp’s Last Letter”, based on Beckett’s “Krapp’s Last Tape”, and one or two adaptations of the grim scenarios of Frans Kafka’s work to things in the new South Africa.

I summarized the story of Ibsen’s “An Enemy of the People” and then we did some reading of two or three selected scenes from the play. Having checked out rather informally and with a lot of fun their singing and dancing skills – or lack thereof – the audition ended with a discussion of issues they had got hold of in Ibsen’s play and which they thought had some particular resonance in post ‘official apartheid’ South Africa. One of the young people felt that the way in which the former President, Thabo Mbeki, had been treated was parallel in its demagoguery and self-interest to what happened to Dr Stockmann. Others equated the alleged muzzling of the press as implied in the new South Africa Secrecy legislation to the way in which society – and in this case the press itself – muzzled access to information concerning the serious problem with the Town Baths in “An Enemy of the People”. The role of the press in general was thought to be a possible topic which the yet-to-created South African play might develop. Dr Stockmann’s extraordinary statement that the majority are always wrong and the informed or intelligent minority always right was seen as a very challenging question to consider in relation to democracy in the country. Generally they were also aware of the way in which selfish interest and greed combine to generate a corruption which will suppress any truth which is perceived to be inimical to that interest and that greed. I ended up the meeting saying, as I had in Windhoek, that spending a morning with young people, all possessing such talents and expertise, formulating such pertinent observations and cherishing such hopes, was an invigorating and inspiring experience and that I really wished that whether they were chosen to take part in the Ibsen Project or not, they all forge ahead in their lives and find fulfilment. In fact, I must say, in hindsight, I must have sounded rather like Dr Stockmann, who frequently expressed his love of the company of youth and the hope that they with their dynamic young ideas would sweep away all the garbage we, the older generations, have fouled our lives and the world with. However, I am not Dr Stockmann and I do not have his unbridled idealism. Yes, it is no doubt a consummation devoutly to be wished but regrettably unlikely in its fulfillment as of course among all the old people who went so wrong, there were many who were equally dynamic and invigorating when they were young. Which brings us back to Nzou, who, alas, once also dynamic and invigorating when, is now having difficulty swallowing the life-giving fluids all elephants must have to keep them strong. Still I am sure you will be relieved to hear that on the M2 motorway going home, Nzou behaved as if there was nothing – or perhaps only very little – the matter and we arrived back in Kensington safe and sound and happy that this important step in the preparation of the Ibsen Project has been so happily and so successfully concluded. 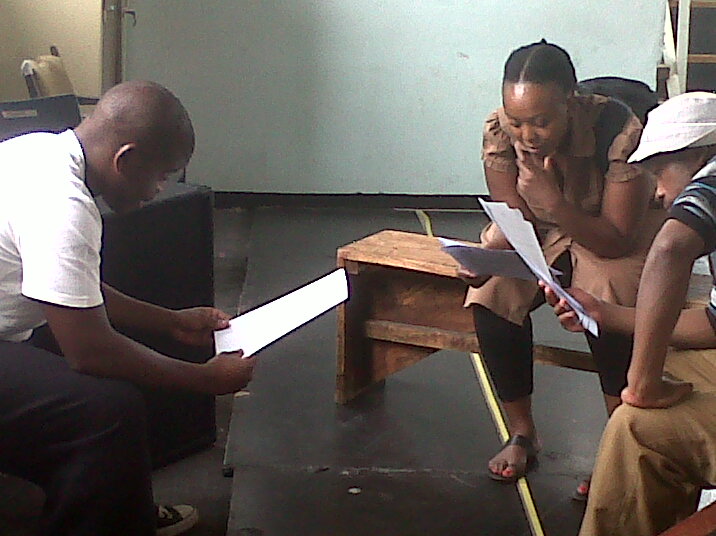 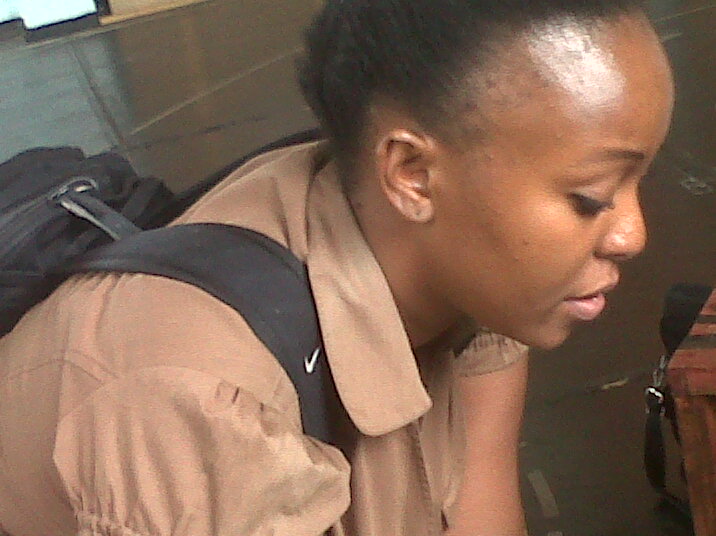 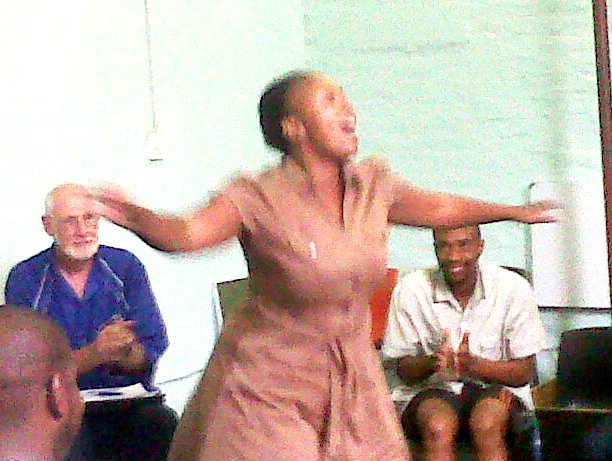 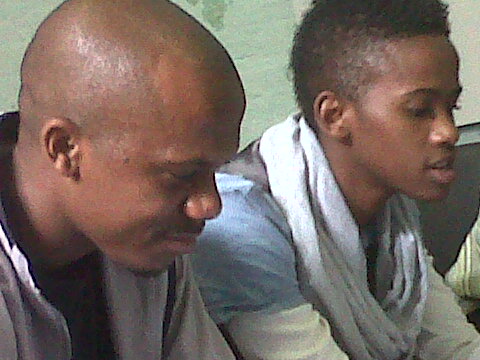 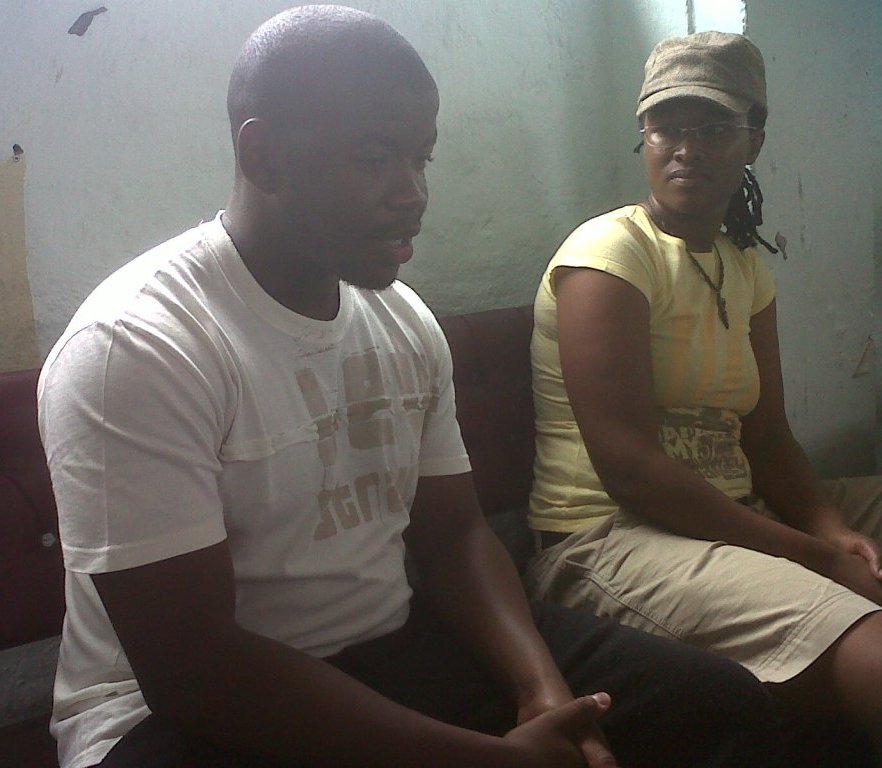