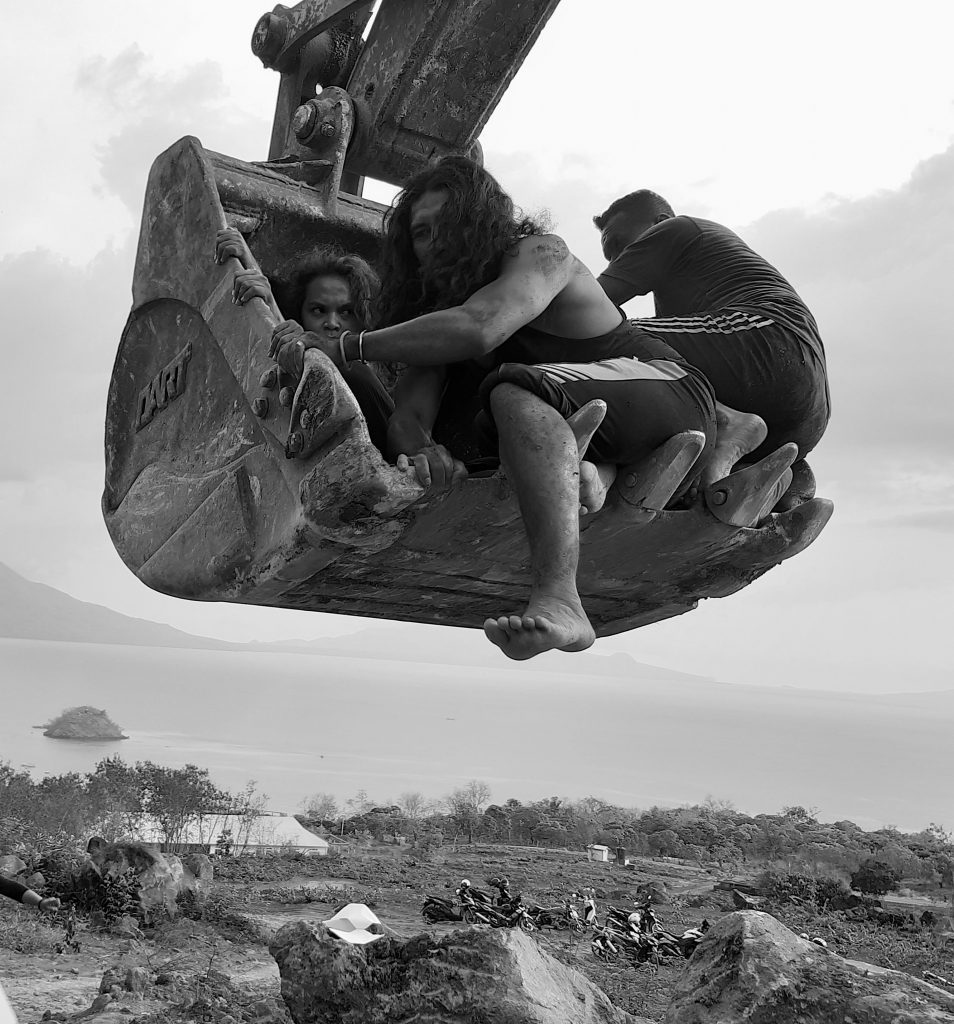 Tanah Duka (Tana Tani in Lamaholot language) is a story about Peer Gynt as a Lamaholot person of East Flores, an islands group in the southeastern part of Indonesia.
In Act 5, Peer Gynt is a native (ata ile jadi) who is returning back to his hometown after a long journey. But the situation has changed. The people of his village already believed more in the dream of prosperity as promised by the new capitalist masters and the sermons of heavenly religious bliss. In defeat, Peer Gynt is carrying a nuba nara stone (a ritual stone of Lamaholot, the indigenous religion of East Flores). As time goes on, it is proven that the village community was a victim of exploitation. Their village has been evicted. Prices of coffee, copra, cashew are monopolized and controlled. They go around looking for the missing Peer Gynt. They found him lying with the nuba nara stone, helplessly digging a hole. The people are holding on the hope and joy to rebuild their hometown with him,  free from the clutches of the capitalist venture. But the capitalist power had taken the shape of a giant machine, exploiting and crushing anyone who tries to oppose their system and their laws of dependence. Meanwhile, the clergy-men wash their hands and watch from a distance. 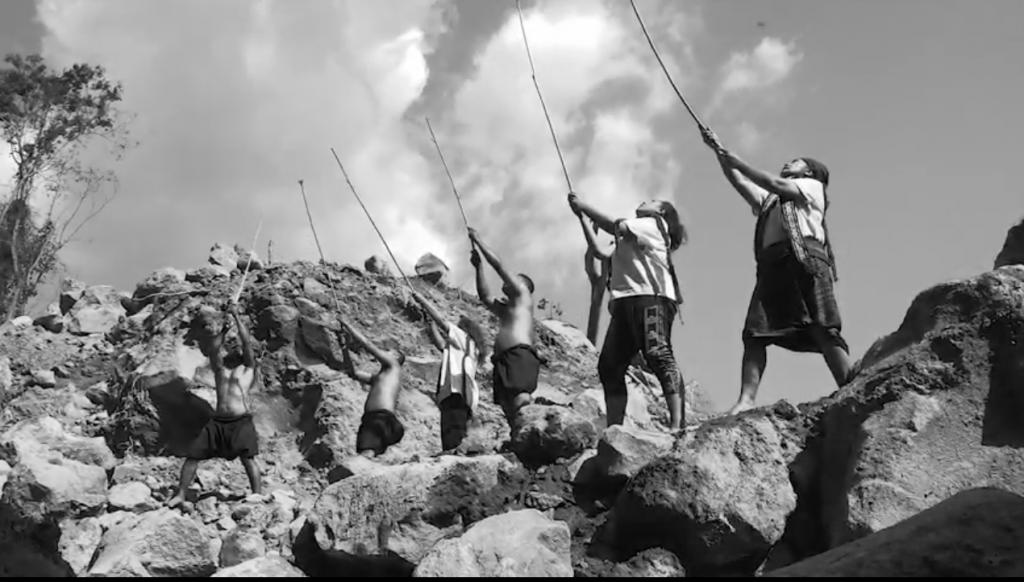