How the Ghost-worker is Dancing in Your Shoes 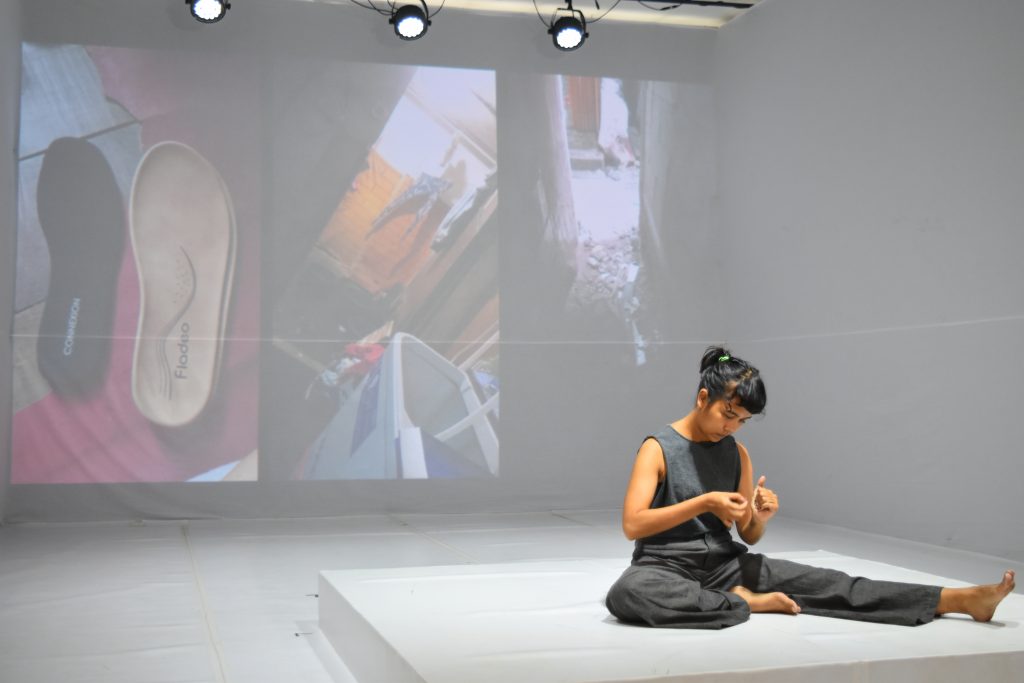 Arsita departs from a close reading of Solveig, a character described in Ibsen’s script as a figure who faithfully awaits Peer Gynt’s return home. She spent decades sewing until she turned blind and frail. By focusing on this seemingly passive activity, Arsita uncovers the map of production-relation that was overlooked in Solveig’s time and continued to be marginalized until today, specifically the world of fashion industry workers and the world of ghost-workers. Studying the physical repertoire of ghost workers in several cities in Java, Arsita reenacts and embodies the choreography of labor submerged and eventually disappeared in wearable modern commodities.