Ibsen Van premiered in the Yemeni city of Ibb January 9th 2016. Performances was also played in Jeblah and Hubaish.
Del 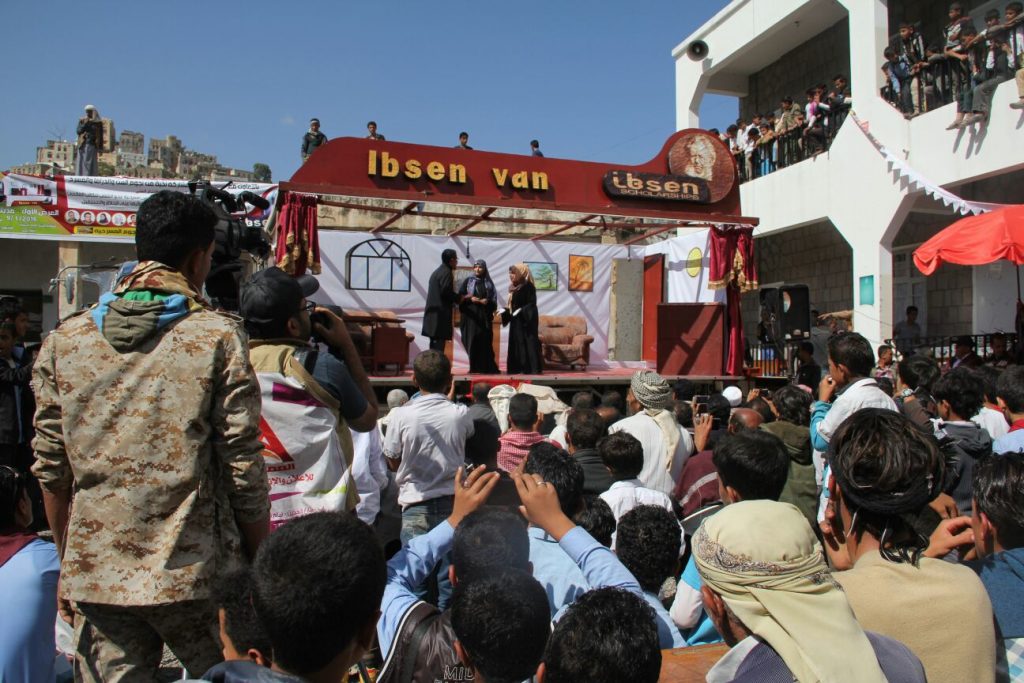 Performance in Jeblah
This is an update to:
Ibsen Van

In this adaptation of Enemy of the People, the polluted baths og the original play is substituted by the pollution that Yemeni society suffers because of the widespread use of Qat. This drug is harvested from the Qat trees that are being grown all over the country. The use of this intoxicant pollutes society in many ways. It is also an important export article. The cultivation of the tree affects the environment. It consumes a lot of water. Farmers randomly dig illegal wells to draw water to use it for the watering Qat trees because they need water in very large quantities. Yemen has no rivers and depends on underground water. The irregular illegal search for water causes deficiency and may leave coming generations without water. Toxic pesticides are being used to increase the yield, and this further leads to the degradation of a very vulnerable environment.
Chewing Quat can cause dangerous diseases, but it also has serious social consequences and disrupts life by having Yemenis waste millions of working hours spending more than eight hours every day only chewing Qat.
Qat creates an environment of lawlessness and corruption – smuggling, briberies. The authorities do not only tolerate the use of the drug, it is also a source of income, legally by taxes on Qat traders and growers, but also by fostering a culture of fraud and exploitation. Keeping people in a more or less permanent Qat daze contributes to the keeping the mighty in power.
By substituting the polluted baths of the original play with the Qat tree the project will show how the process immorality and corruption of power has entered Yemeni society. By doing so the people behind Ibsen Van wishes to issue a call for change in a society that suffers from violence, corruption and authorities concealing reality from people by keeping them in a permanent haze of ignorance. 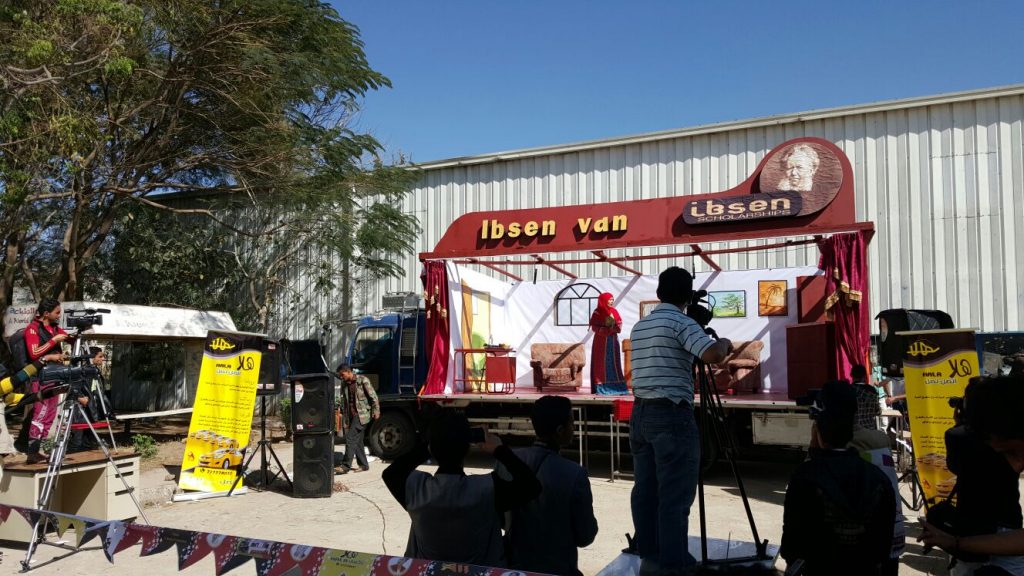 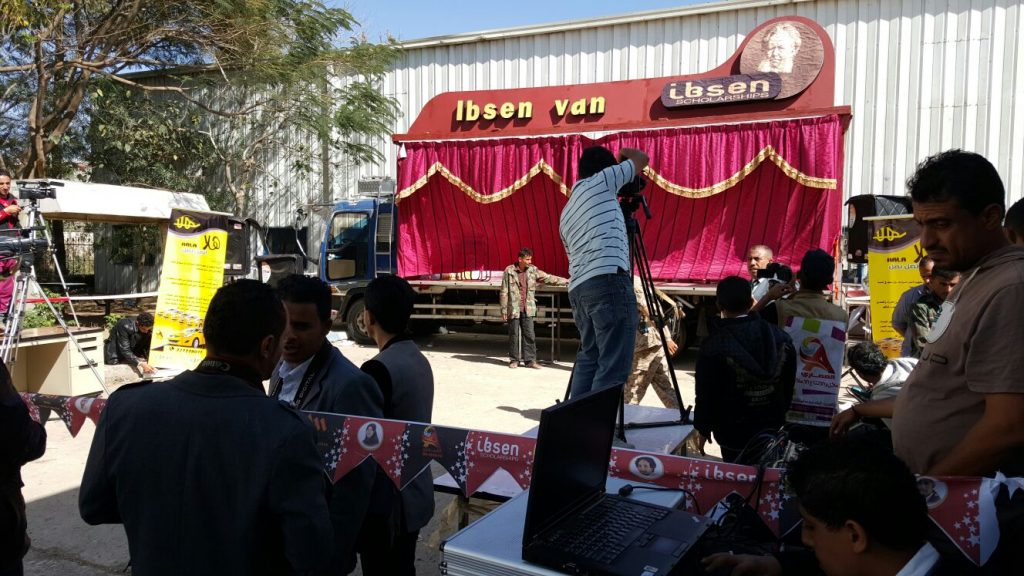 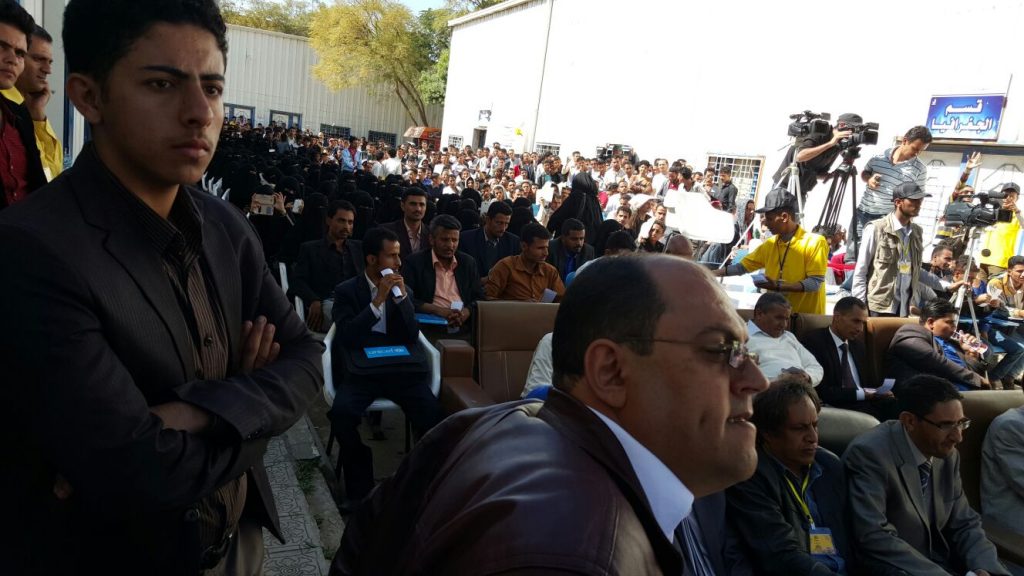 i
Opening might in Ibb. The director Mohammed Al-Hubaishi. 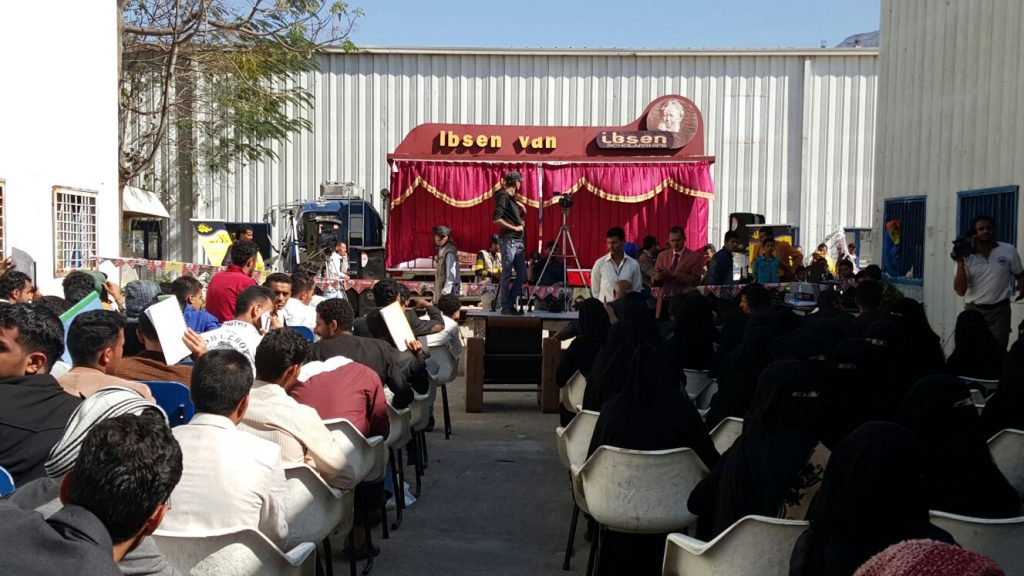 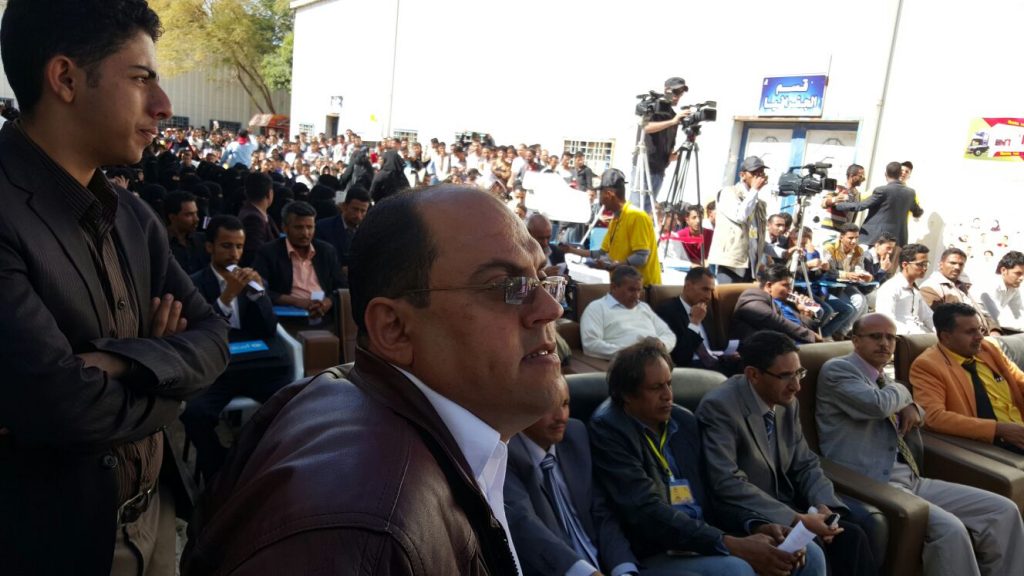 i
The director Mohammed Al-Hubaishi. 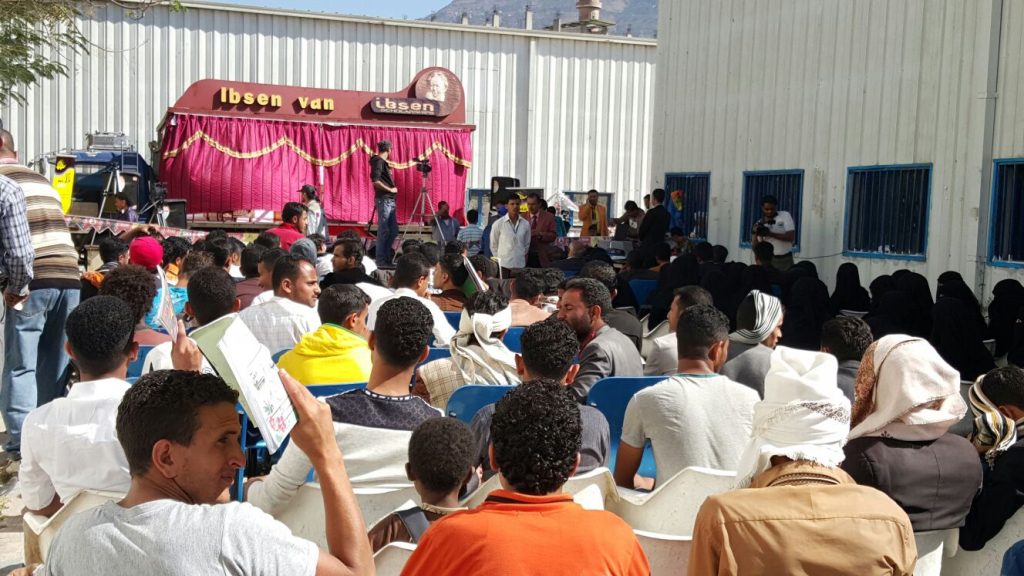 i
The opening night in Ibb.