In 2017 Rafika Chawishe was awarded an Ibsen scholarship for the project Europeana. 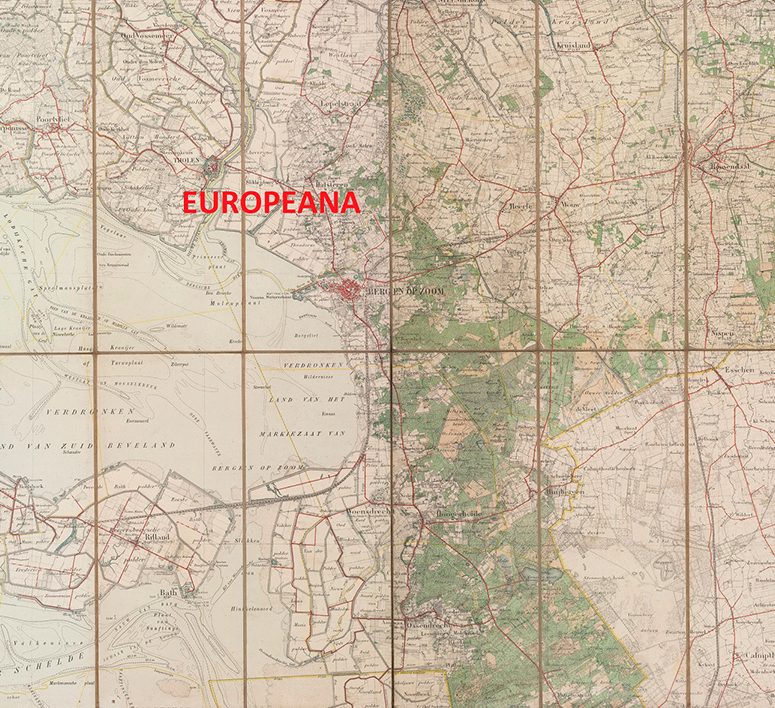 The rising international impact of migration is a core challenge of world politics of today, facing especially the European countries with great moral dilemmas. Since the escalation of migrating refugees from North African and Arab countries started years ago, it is been said that Greece stands at the forefront of a critical battle in defense of the principles of freedom, open society, and humanity. Noticeably, these are the values on which the united Europe itself is founded. Henrik Ibsen's drama “Little Eyolf” is a play where human responsibility is questioned, where the parents, Alfred and Rita, refuse to accept the identity of their own child who is crippled. How is identity defined today? Who am I, and am I accepted? Are my rights defended and exercised? These are questions who will be posed by the Greek theatre company Zlap in their production, “Europeana”. This production will partly be based on “Little Eyolf” by Ibsen, partly on interviews with unaccompanied minors in the island of Lesvos in the Aegean Sea. Whose human responsibility are these children? Rafika Chawishe and an actress, a theater maker and a devoted children legal rights' activist, has worked extensively with unaccompanied refugee minors at the first reception center in Lesvos. Within one year of research she has recorded voice interviews of 150 unaccompanied refugee minors speaking about their dreams and expectations of the future. By merging Ibsen´s drama on guilt and the responsibility of parenthood with the current Greek situation trying to deal with international migration, she will investigate the questions we all are forced to deal with: What are the principles of freedom and human responsibility worth in the face of immense catastrophe? Are we honestly standing up for these children, or are we not? Can the dreams of the children exist today and create a new reality? The project present itself as a surprising combination of a long lasting engagement in political issues, an original interpretation of Ibsen’s text and an clear ambition to experiment with the documentary theater. Rafika’s company, Zlap Collctive emphasizes the uncanny potentiality of Ibsen’s text; the morbid combination of guilt and anger in Eyolf parents and the unsettling character of the Rat Wife (Is she a representation of Europe). By combining this with a thorough material on the present global refugee situation, the jury of the Ibsen Scholarships sees a project with great social and artistic potentiality.

Since the beginning of the refugee issue escalation, it is said that Greece stands at the forefront of a critical battle in defense of the principles of freedom, open society, and humanity on which the united Europe itself has been founded. However after one year of research and interviewing 150 unaccompanied minors in the island of Lesvos inside the first reception in the wing where they are held, this performance is actually questioning what are the principles of freedom and of the human responsibility and are they honestly defended or not?
Little Eyolf is a play where human responsibility is questioned, where the parents refuse to accept the identity of their own child who is crippled. How is identity defined today? Who am I and am I accepted? Are my rights defended and exercised? Similarly, children in today’s global society are metaphorically speaking paralyzed falling into the trap of a self-absorbed system that finds pleasure mostly in the validation of its self.  Are we all children of war?

Rafika Chawishe is an awarded actress and director. Her mother is Greek and her Father is English-Syrian. She is currently developing her first feature film produced by Enaguas Cine in Mexico, based on the army invasion of UNAM in 1968.  Rafika Chawishe was also recently selected to participate and exhibit her work in Teatro Venice Biennale 2017 at the Biennale College. In 2017 she was also selected by the NEON foundation to commission her new media installation performance as a ground breaking idea. Rafika has collaborated with stage companies such as the National Theater of Greece, The Athens Festival, the Athens Bienniale, the Gielgud Theater (West End)n and more. She has also debuted behind the camera, directing three short films. The films have screened in various film festivals around the world (Seoul International FF, Palm Springs Short Fest, Cannes International FF/Short film Corner, Locarno FF). In 2014, Chawishe was selected as one of the 25 most promising European young Filmmakers at the Locarno Film Festival in the Young Filmmakers Academy. In front of the camera she has participated in films such as “Miss Violence” by A. AVRANAS, Dance Fight, Love, Die by Asteris Koutoulas and other. She has been working as a theater-maker in the political and documentary theater in Greece. In 2014, she created Zlap Collective. Many artists from different art forms have collaborated with Zlap Collective.  Zlap’s performances Notebooks of Crisis, Volume I and Notebook of Crisis, Volume II were presented nationally and internationally. Rafika recently directed a performance at the National Theater of Oslo/Ibsen Festival/Monsters of Reality the Mimesis Machine. She is a dynamic children rights’ activist and has worked extensively with unaccompanied refugee minors at the first reception center in Lesvos, Moria, Greece. 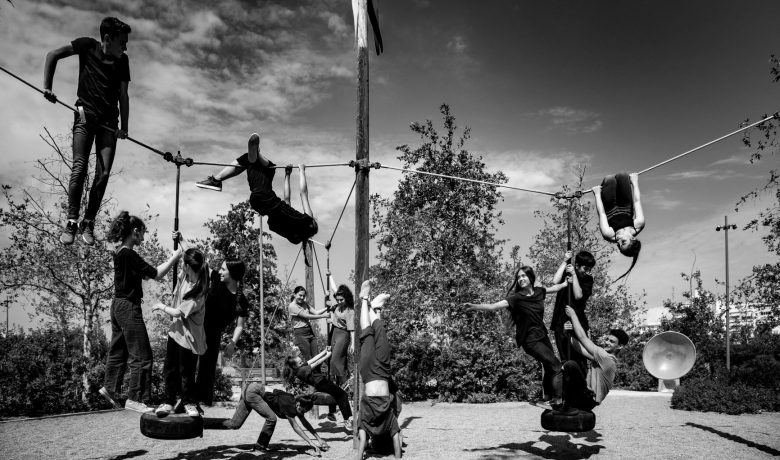 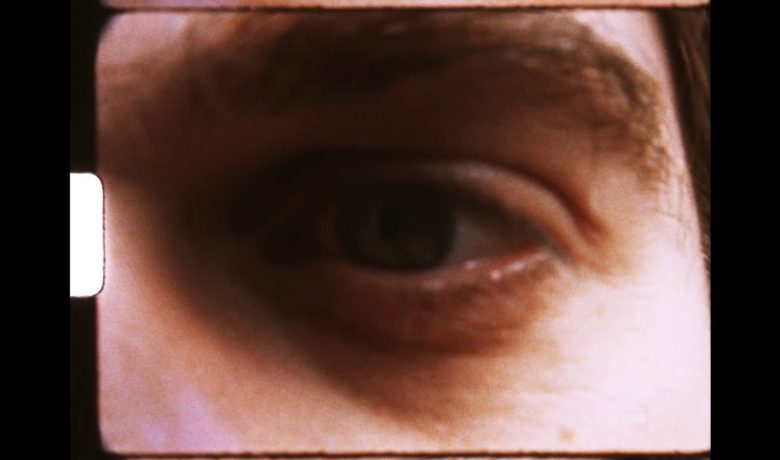 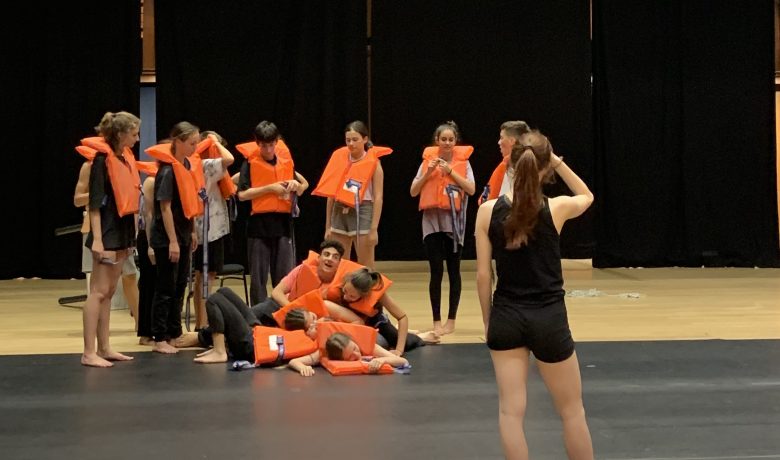 At The Greek National Opera in Athens on July 18th. The opening night is on September 26th. 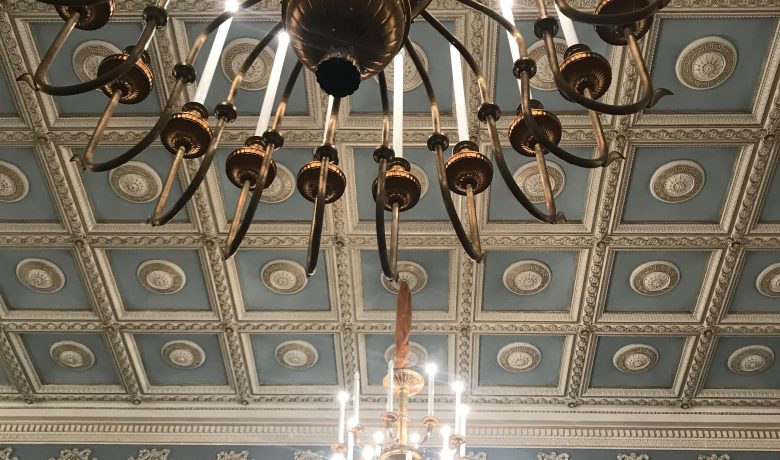 Europeana in the making!

The second workshop of Europeana at Municipal Theatre of Pireus, Greece. 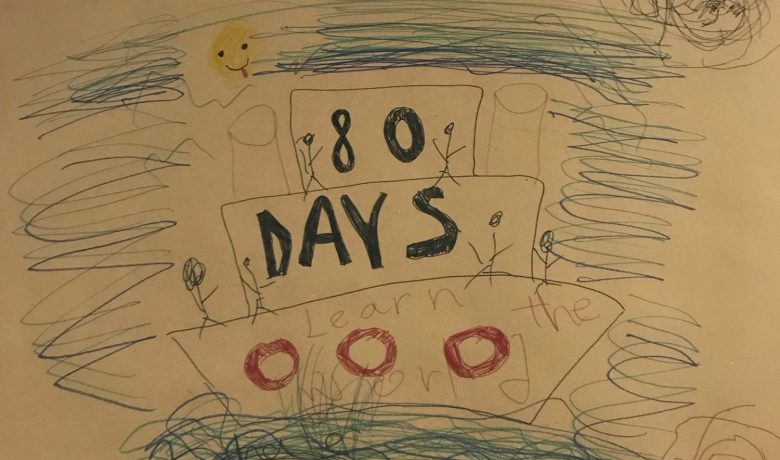 The launch of Europeana in Athens January 2019 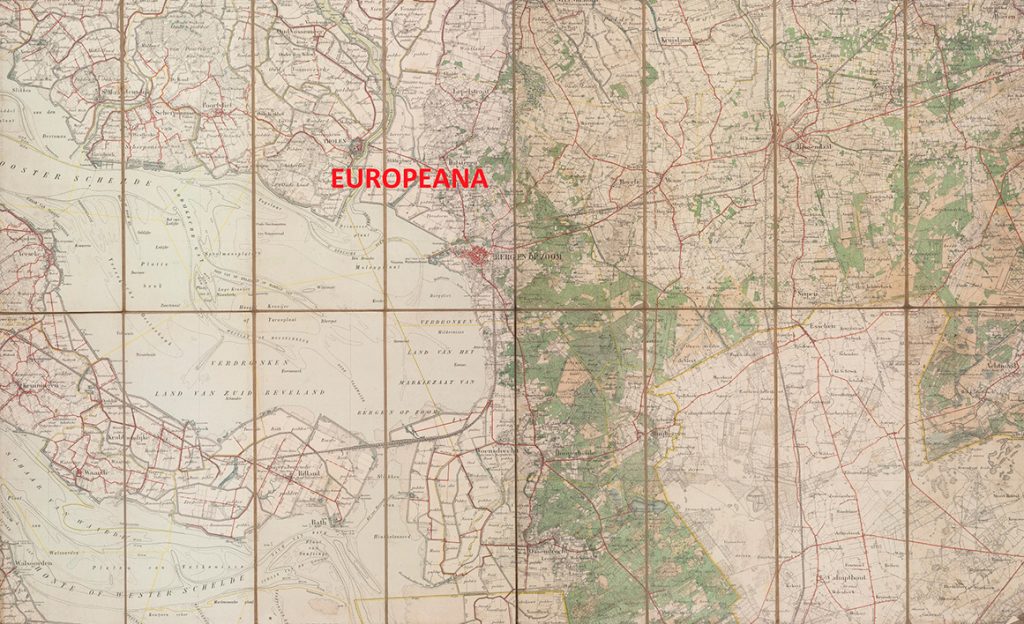 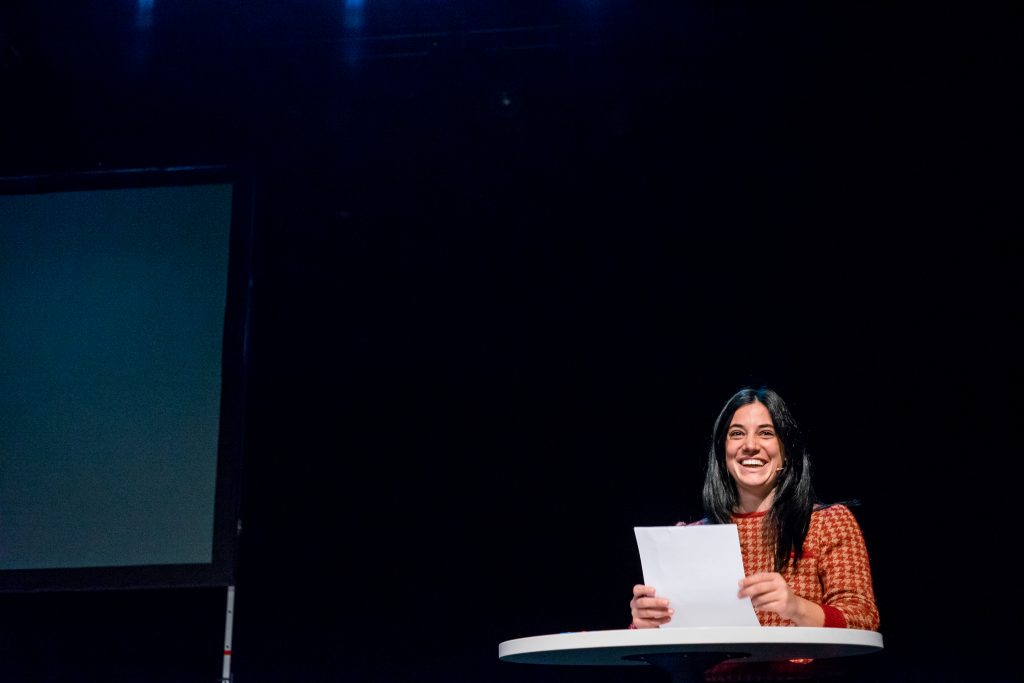 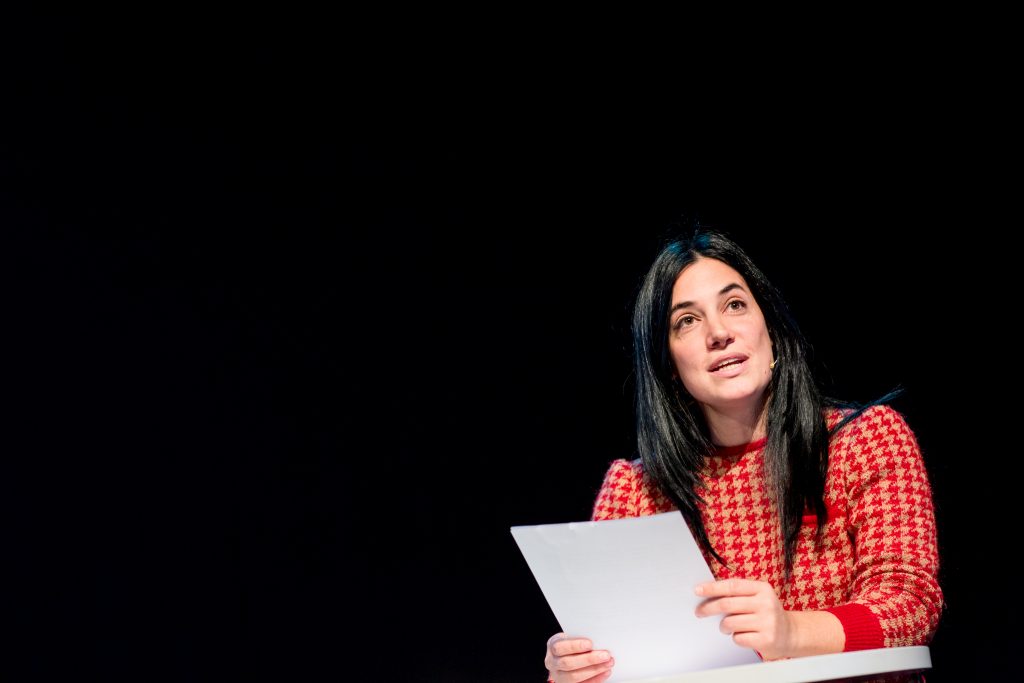 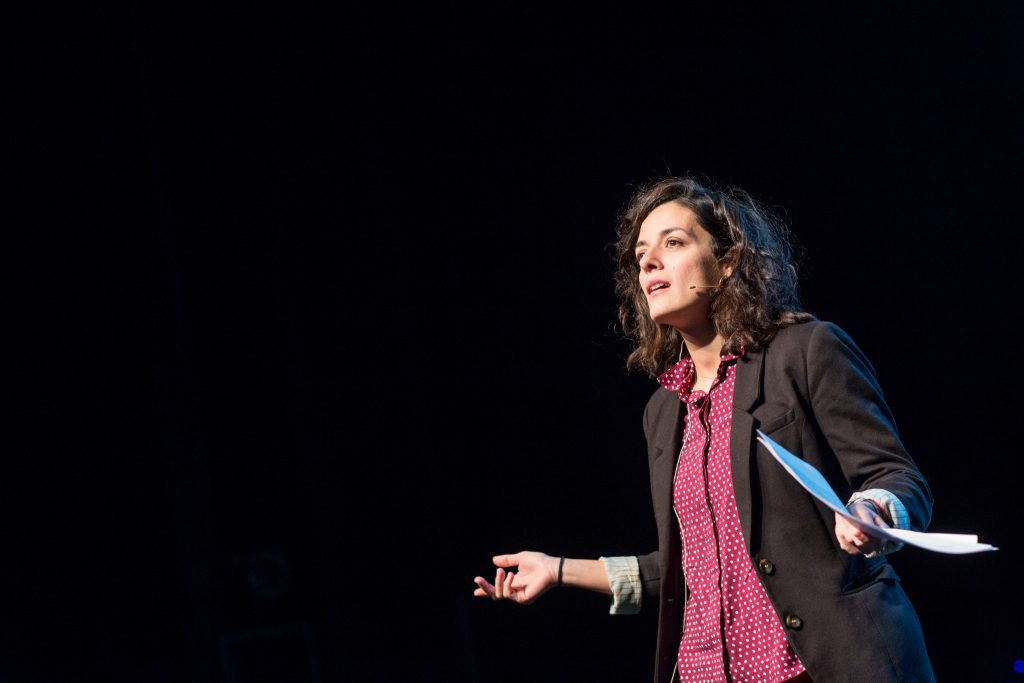 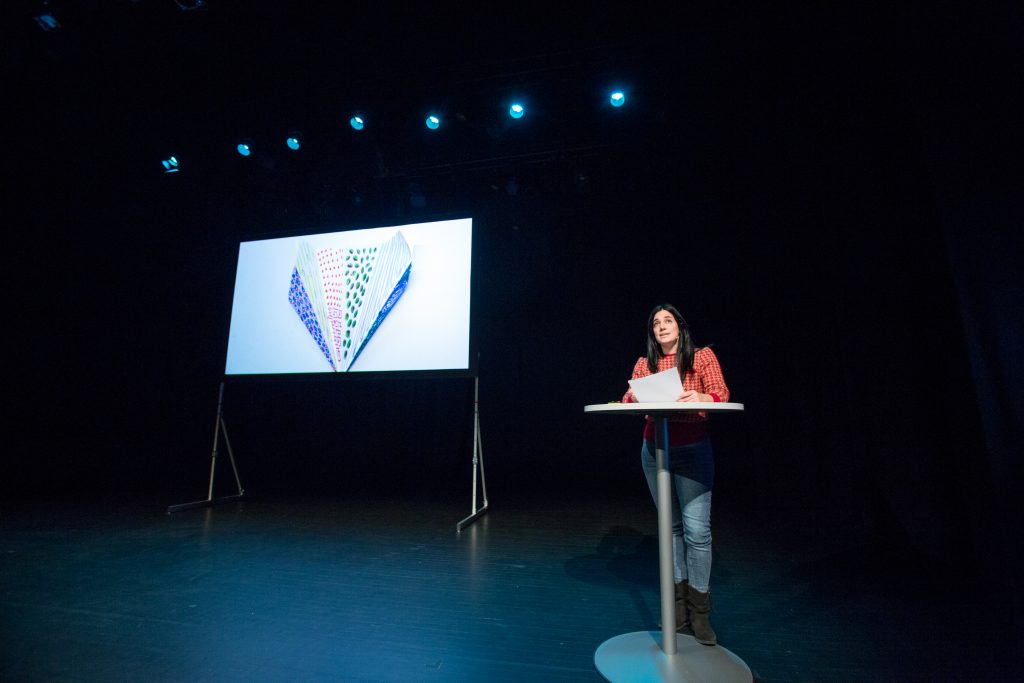