A Bee in the Heart of Her

In 2021 Sibyl Kempson and Daniel Brunet were awarded an Ibsen Scope Grant for the project A Bee in the Heart of Her.

“A Bee in the Heart of Her | Eine Biene in ihrem Herzen” by an American playwright/ theater maker Sibyl Kempson and co-director Daniel Brunet, in collaboration with the English Language Theater of Berlin. The jury was intrigued by this interdisciplinary bilingual project at the crossover between visual art, theater, performance and participation. More specifically – an outdoor performance using video projections combined with live action, an online chat, a guided audio tour, visual art installation, and a series of healing ritualistic gatherings. Sibyl Kempson demonstrates a superior command of Ibsen’s legacy, treating him as the Feminist male playwright who set the cannon of Western dramatic narrative on its head. Through the lens of Animism and Symbolism, she re-tells and interweaves several of Ibsen’s heroines - Nora from A Doll’s House, Elida from Lady From the Sea with her stepdaughter Hilde, Mrs. Sørby from The Wild Duck, Gerd from Brand, and Hedda Gabler. Each woman finds expression for long-suppressed mythic and animist origins. Ibsen himself will appear for a board meeting for the Secretly Symbolist Scandinavian Playwrights Society, while Brand will attend a Religious Extremists Anonymous meeting, and the mysterious American seaman from Lady From the Sea will participate in a “Merman” contest at the pool. The performance is intended in partnership with the Topography of Terrors Museum and the Berliner Festspiele / Gropius Bau in Berlin (with capacity to travel to other location). Being site-specific in this location, it weaves threads between the site’s historic memory of the Gestapo prison, the Third Reich, the former Berlin Wall, over to Sibyl’s own country, commenting on aspirations of the US leadership, with Ibsen as conduit. And as if this knot of threads is not enough to build an intricate framework for the performance, Sibyl adds one more challenge – against a pre-written play-based theater in the Western tradition: she is letting the characters speak for themselves.

A BEE IN THE HEART OF HER is an interdisciplinary, multi-appointment art and performance project which sits at the interfaces of visual art, theater, performance and participation.
Planned in three parts, it is a collaboration between the English Language Theater of Berlin and American playwright/theater maker Sibyl Kempson.

The first part will be an episodic performance in German with English subtitles – either as a proscenium-style, outdoor performance using video projections combined with live action, or as a 360-degree video presentation, possibly in virtual reality. The second part is a guided audio tour of a visual art installation, and the third part is an accompanying series of ritual events to reveal complex underlying truths in the material, moving toward political and collective healing.

The dramatic text presents a conglomeration of Ibsen adaptations re-imagining the women characters from several Ibsen plays, bringing together several of Ibsen’s heroines – Nora from A Doll’s House, Elida from Lady From the Sea along with her stepdaughter Hilde, Mrs. Sørby from The Wild Duck, Gerd from Brand, and Hedda Gabler from the play of her same name.

Partially a nod to the 1998 Dutch production of Mirjam Koen and Onafhankelijk Toneel’s VROUWEN VON IBSEN, which was itself a stage adaptation of Lou Salomé’s illuminating late 19th Century explication, HENRIK IBSENS FRAUEN-GESTALTEN, the script is written by Sibyl Kempson, who re-tells and interweaves eight characters’ stories through an Animist lens, with emphasis on Ibsen’s oft-overlooked Symbolist tendencies.

This cabinet of prominent figures is located in the here and now, and they can be found at a run-down community center in an unnamed small city, attending a workshop “for recovering Ibsen heroines,” on the forgotten metaphysical implications of spinning and weaving. “ÖRLØG For Women” is on the info sign, a “weaving” workshop in room 3, led by Mrs. Sørby. Each woman finds expression for long-suppressed mythic and animist origins over the course of the workshop, on her own mysterious loom.

Other characters show up for other workshops and events taking place at the community center as well: the titular Brand for a Religious Extremists Anonymous meeting, August Strindberg and Ibsen himself for a board meeting for the Secretly Symbolist Scandinavian Playwrights Society, while the mysterious and insistent American seaman from Lady From the Sea is participating in a “Merman” contest – now becoming very popular in Europe – at the pool.
Despite the complications that inevitably ensue, each of the recovering Ibsen heroines remember and express their other-than-human origins: Nora was a carved wooden puppet, and before that a tree with 360º vision, an exquisite consciousness and an expansive sense of time; Elida was not a mermaid but a warm-blooded selkie; Mrs. Sørby was Perchte the Winter Witch; and Hedda came from fire itself and the smoke that smolders before and after the flames burn and have burned. These character hybrids elicit a view through the cracked prism of all of these works of Ibsen’s, the Feminist playwright who was a man, setting the cannon of Western dramatic narrative on its head.

This project is an attempt to deal with the almost exclusive dramatic canon of western theater written by white, European men as well as to anchor the supposed goal of catharsis in theatrical work much more firmly with the audience and to strengthen their role as individuals. Kempson’s answer to the problems of the western canon is to let the characters speak for themselves. And that’s exactly what they do in “A Bee in the Heart of Her.”

Sibyl Kempson
Sibyl Kempson began making performances in NYC at the turn of the millennium. She launched her performance company, the 7 Daughters of Eve Thtr. & Perf. Co., in 2015.
Named for Brian Sykes’ genealogical theory on mitochondrial DNA, which posits that we are all descended along matrilineal lines from a very small number of original mothers, 7 Daughters of Eve Thtr. & Perf. Co. unearths and contemplates – in contexts of live performance, ritual, installation and video – places in human and non-human history where science, religion, and feminism intersect.
7 Daughters of Eve has presented works at the Whitney Museum of American Art, the Abrons Arts Center, the Chocolate Factory Theater, and the Kitchen NYC, as well as at the Ibsen Awards and Conference in 2015 (Public Peoples Enemy). Other live performance works have been presented by New York Live Arts, the Walker Art Center and the Red Eye Theater in Minneapolis, Salvage Vanguard Theater and the Off Center in Austin, Performance Space New York (née P.S. 122) and New York Theatre Workshop in NYC.
Kempson is an alum of New Dramatists’ class of ‘17. She is the recipient of a 2018 PEN/Laura Pels International Foundation for Theater Award, a 2014 USA Artists Rockefeller Fellow, a New York Foundation for the Arts Fellow, and a MacDowell Fellow. She has received commissions from the Virginia B. Toulmin Foundation, the McKnight National Residency, and New Dramatists/Full Stage USA. Awards include a Frederick Loewe Award for Musical Theater with composer Graham Reynolds, and a National Presenters Network Creation Fund Award.
New performance modes as of the Covid pandemic include participatory Zoom performances combining digital, remote, and ritual technologies, radio dramas, and visual photoplays with intricate hand-cut collage, analogue and digital animation and illustration, and drone and stop-motion photography. The 2D motion picture version of Kempson’s play, The Securely Conferred, Vouchsafed Keepsakes of Maery S. is an official selection of the Segal Center Theater & Film Festival, the Chicago Indie Film Awards, the Boston Independent Film Awards, the Toronto International Women Film Festival, the New York Independent Cinema Awards, LA Indies, New Creators Film Awards, Toronto Independent Film Festival of Cift, and the Amsterdam Short Film Festival. Currently we are beginning an exploration to bring the rich and multi-layered narratives of Kempson’s dramatic texts to the worlds of 360º video, digital immersion, and virtual/mixed reality, starting with The Percipients, a music theater project with composer Paul Castles, currently in episodic video production for our Patreon subscriber audience.
Sibyl Kempson holds an MFA in Playwriting from CUNY Brooklyn College, and teaches experimental performance, performance writing, and playwriting at Sarah Lawrence College, Victoria College of the Arts/University of Melbourne, and through 7 Daughters of Eve. www.7daughtersofeve.com

Daniel Brunet
Daniel Brunet is a director, performer, producer and translator. He was born in Syracuse, New York in 1979 and received a BA in theater arts and film studies from Boston College. He moved to Berlin in 2001 with the support of a Fulbright Scholarship. He became Producing Artistic Director of English Theatre Berlin | International Performing Arts Center in 2012 and established an artistic concept there that mirrors his own work: English as a working language, used by non-native speakers and native speakers alike in bilingual or multilingual works exploring sociopolitical topics.

His best known productions include the verbatim theater piece Echter Berliner !!!! Ihr Nicht Fuck You, exploring the differences between so-called “expatriates” and so-called “immigrants”, the bilingual concept store performance Knick-Knack to the Future | Ruckzuck in die Zukunft, created together with the artist collective copy & waste and invited to the steirischer herbst festival, the verbatim theater piece The Land of Milk(y) and Honey: Israelis in Berlin in co-production with the ID Festival – Festival for Israeli-German Art and Culture and Islands, created together with Post Theater. He has also developed and world premiered new plays by Alexander Thomas, Amy Evans and Andrea Stolowitz.

Daniel Brunet has received multiple awards for his over thirty play translations, including the Literary Fellowship in Translation from the U.S. National Endowment of the Arts. His translation of Wolfram Lotz’s The Ridiculous Darkness was published by Oberon Books in 2019. He was a guest director and instruction for German drama at the New School University in New York City in 2017.

Brunet has served as the speaker for the performing arts within the Speakers’ Circle of the Coalition of the Independent Arts and as a co-opted board member of LAFT – Landesverband freie darstellende Künste Berlin e.V. since the end of 2018. 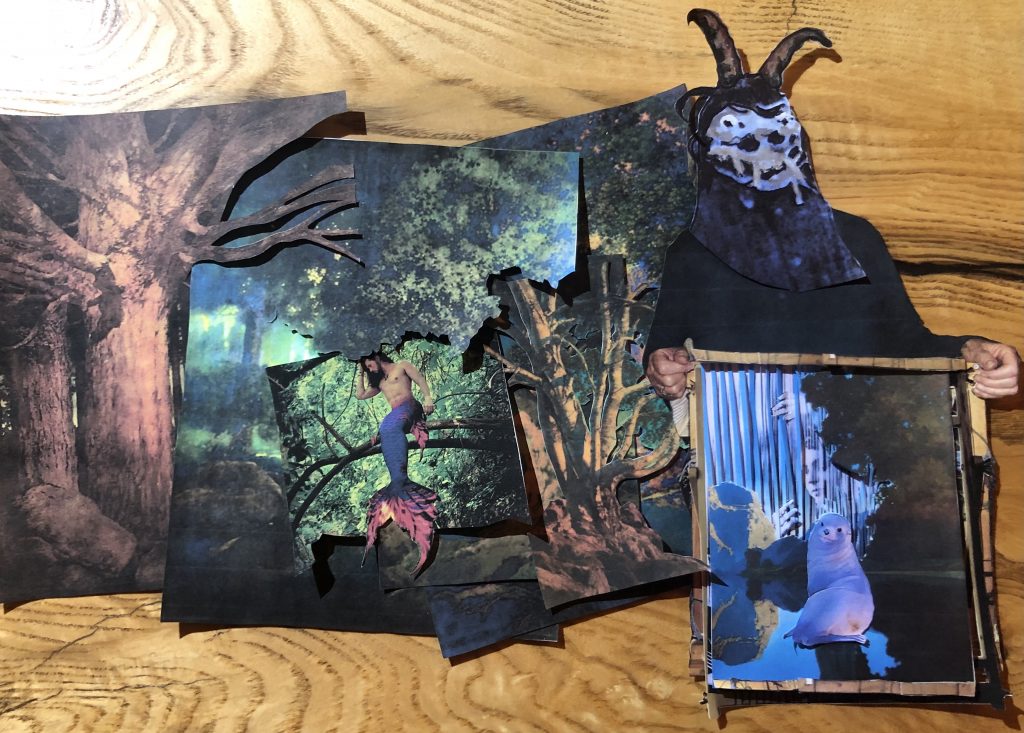 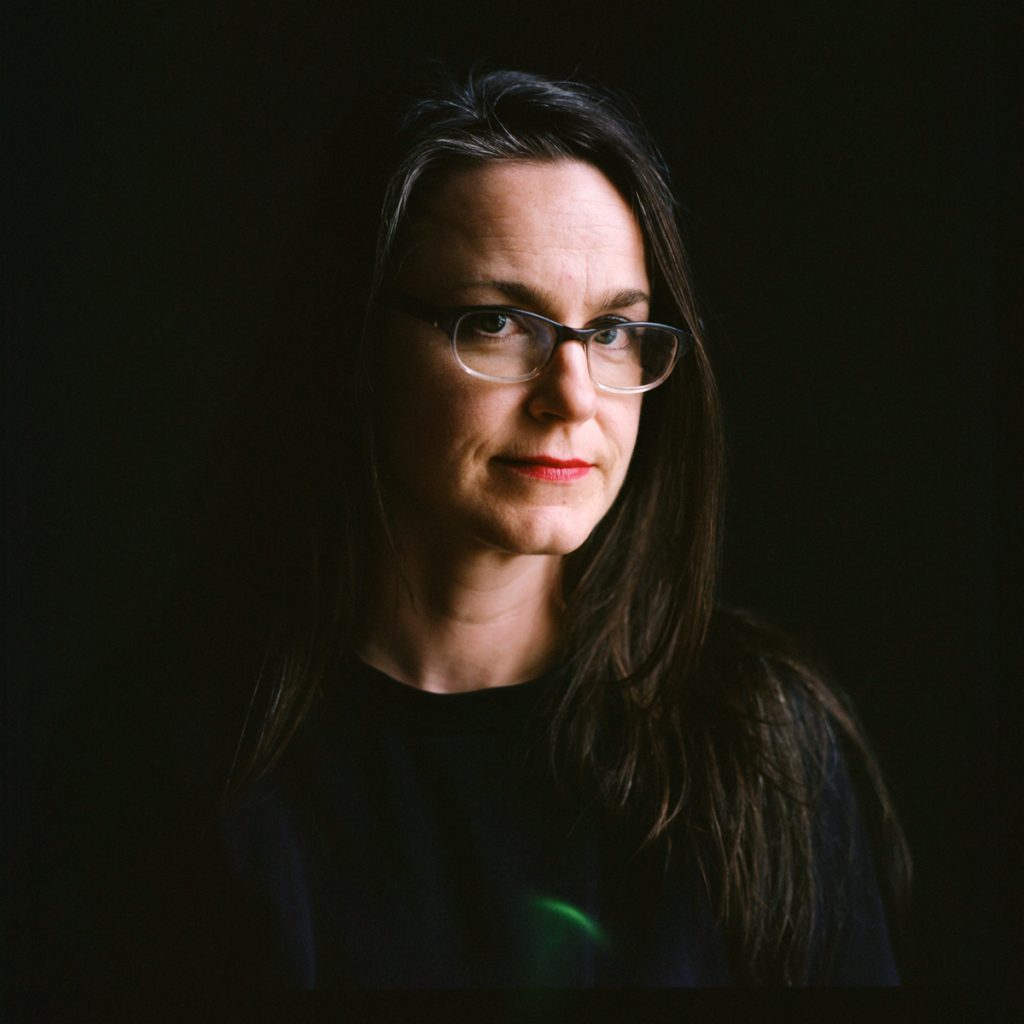 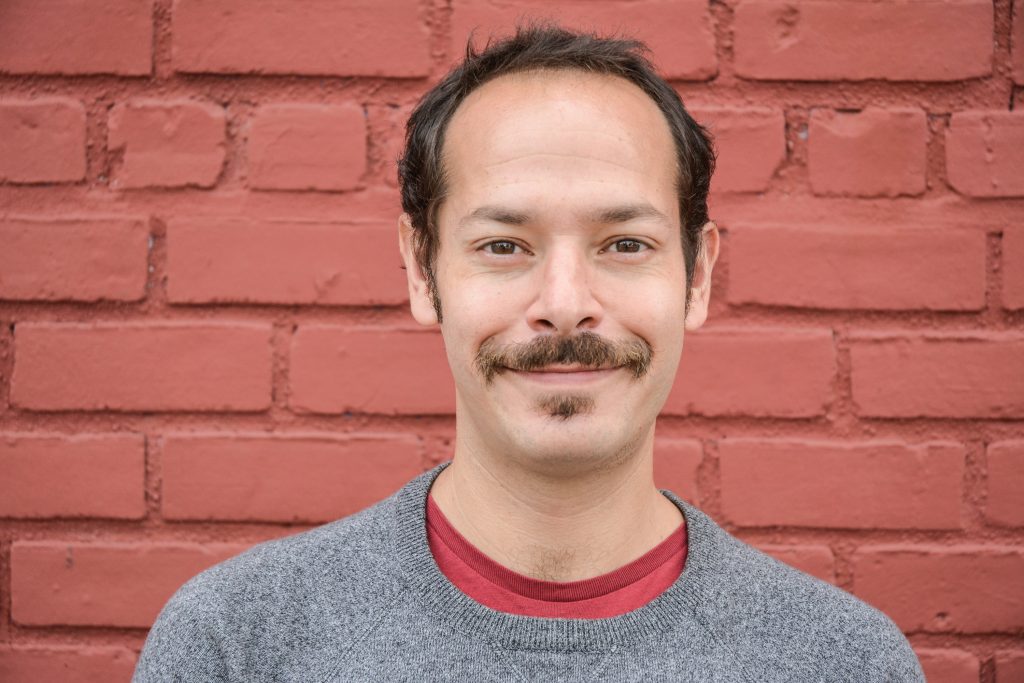 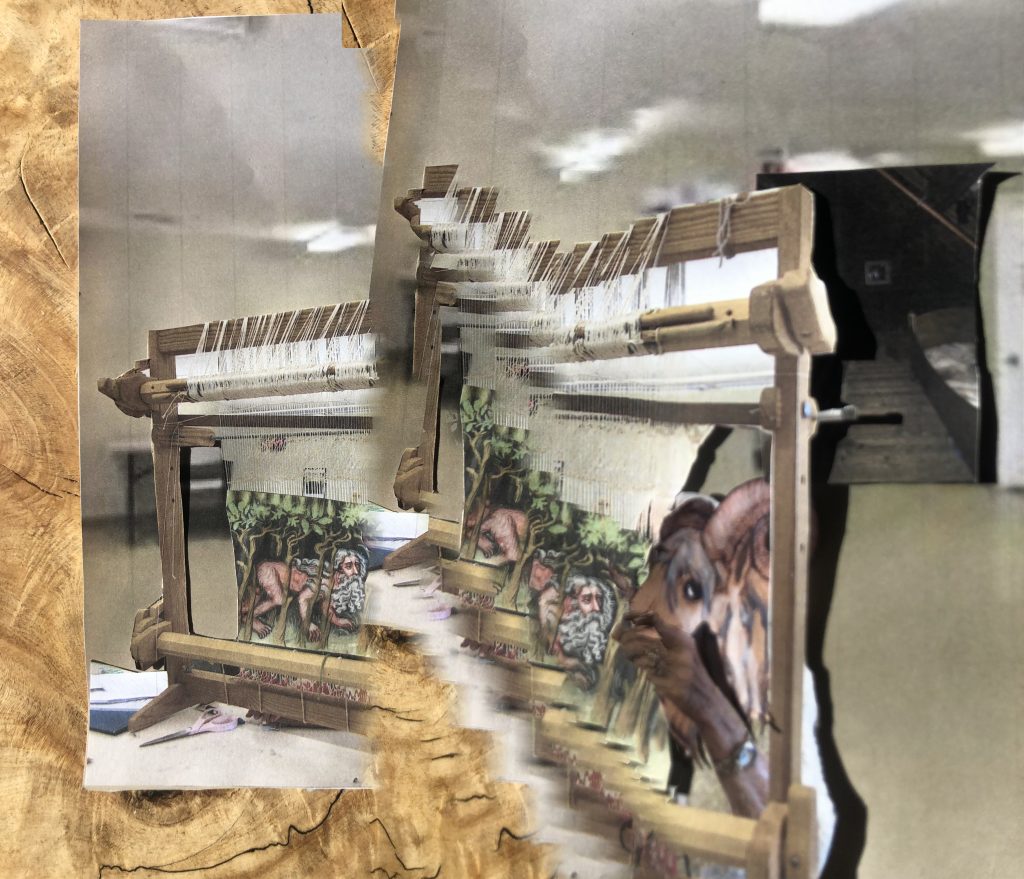